[ad_1]
A second round of talks between Russia and Ukraine will take place on Wednesday (today), Russia's TASS news agency cited an adviser to Ukrainian President Volodymyr Zelenskiy as saying.

The news came following Russia's announcement that it had captured Kherson – the largest Ukrainian city yet to fall into Russian hands.

Russian forces landed in Ukraine's second-biggest city earlier in the day and triggered immediate clashes in the streets of Kharkiv, the military said, following Moscow's relentless air assault across the ex-Soviet state.

The airborne operation came as US President Joe Biden branded Vladimir Putin a "dictator", warning the sanction campaign to cripple Russia's economy would escalate and its oligarchs were being targeted.

In Biden's first State of the Union address, he hailed the resolve of the Western alliance and voiced solidarity with Ukraine as lawmakers in the US Congress gave a standing ovation to the Ukrainian people.

"A Russian dictator, invading a foreign country, has costs around the world," Biden told lawmakers in his annual State of the Union address, promising "robust action to make sure the pain of our sanctions is targeted at Russia's economy."

But as he spoke a Russian escalation was reported to be underway in Kharkiv, an apparent bid by Moscow to capture its first major Ukrainian city of the invasion.

Since Russian troops rolled into Ukraine last week to achieve Putin's mission of overthrowing the pro-Western government of President Volodymyr Zelensky, hundreds of civilians have been reported killed.

Russian forces have carried out a bombing campaign and encircled urban centres, but Ukraine insists no major city has yet been overtaken.

"Russian airborne troops landed in Kharkiv," the Ukrainian army said in a statement on messaging app Telegram. "There is an ongoing fight between the invaders and the Ukrainians."

A fire broke out on Wednesday in the barracks of a flight school in Kharkiv following an airstrike, according to Anton Gerashchenko, adviser to the Ukrainian Interior Minister.

Kharkiv, a largely Russian-speaking city near the Russian border, has a population of around 1.4 million.

Biden, who had earlier spoken with Zelensky on the phone, announced new measures against Russia and its wealthy elite with a new task force to go after the "crimes" of Russian oligarchs.

"We are coming for your ill-begotten gains," he said, prompting the rare sight of members of both parties standing to applaud.

"And tonight I am announcing that we will join our allies in closing off American air space to all Russian flights — further isolating Russia and adding an additional squeeze on their economy."

The US leader said Putin's aggression was "premeditated and totally unprovoked" — but hailed the resolve of the Western alliance in responding with brutal sanctions.

"(Putin) thought he could divide us here at home," Biden said. "But Putin was wrong. We are ready."

He repeated his commitment that no American troops would be sent to Ukraine to confront the invading forces.

A lack of will to send foreign troops into battle has given Russia space to press on with its assault on Ukrainian cities.

A strike on the main TV tower in Kyiv reportedly killed five people Tuesday and knocked out some state broadcasting, Ukrainian officials said, but left the structure intact.

Fresh explosions were heard late Tuesday in Kyiv and Bila Tserkva, 50 miles (80 kilometres) to the south, according to local media.

The International Criminal Court has opened a war crimes investigation against Russia. Ukraine says more than 350 civilians, including 14 children, have been killed in the conflict.

The Ukrainian Ministry of Defence also claimed overnight that it feared an attack from Belarus over its northern border.

"Belarusian troops have been put on high alert and are concentrated in areas closest to the border with Ukraine," the ministry claimed Tuesday in a statement on Facebook.

Ukrainian intelligence noted "significant activity" of aircraft in the border area, it said. Belarusian President Alexander Lukashenko said Tuesday he had ordered more troops to the south of the country, the Belta news agency reported.

But forces of Belarus, a close ally of Russia, would not be taking part in the attack on Ukraine, he added.

In southern Ukraine, the city of Mariupol on the Azov Sea was left without electricity after Russian bombardment, while Kherson on the Black Sea reported Russian checkpoints encircling the city.

In a key victory for Moscow, Russia's defence ministry said its troops had linked up with pro-Moscow rebel forces from eastern Ukraine along the Azov Sea coast.

Russia has defied international bans, boycotts and sanctions to press ahead with an offensive it says is aimed at defending Ukraine's Russian speakers and toppling the leadership.

In response, more Western companies have withdrawn from projects in Russia, deepening the economic toll on Moscow that saw the ruble collapse this week.

The moves followed earlier announcements by Disney, Ford and Mastercard among others.

The invasion has sent global markets into a spiral, with crude surging past $110 a barrel Wednesday and equities sinking.

On top of sanctions, Germany has promised arms for Ukraine, while the EU said, in a first, that it will buy and supply arms to the country.

Zelensky has reiterated an urgent appeal for Ukraine to be admitted to the European Union.

More than 660,000 people have fled abroad, the UN refugee agency said, and as battles rage for control of major cities many more are expected to follow.

Residents of capital Kyiv are crammed into makeshift bomb shelters awaiting their own fight, with a massive Russian military convoy stationed just north of the city.

Teacher Irina Butyak, 38, has spent two days in the basement of her apartment block sheltering with some 20 people.

"We have train tickets for western Ukraine for tomorrow," she told AFP as air raid sirens blared directly overhead. 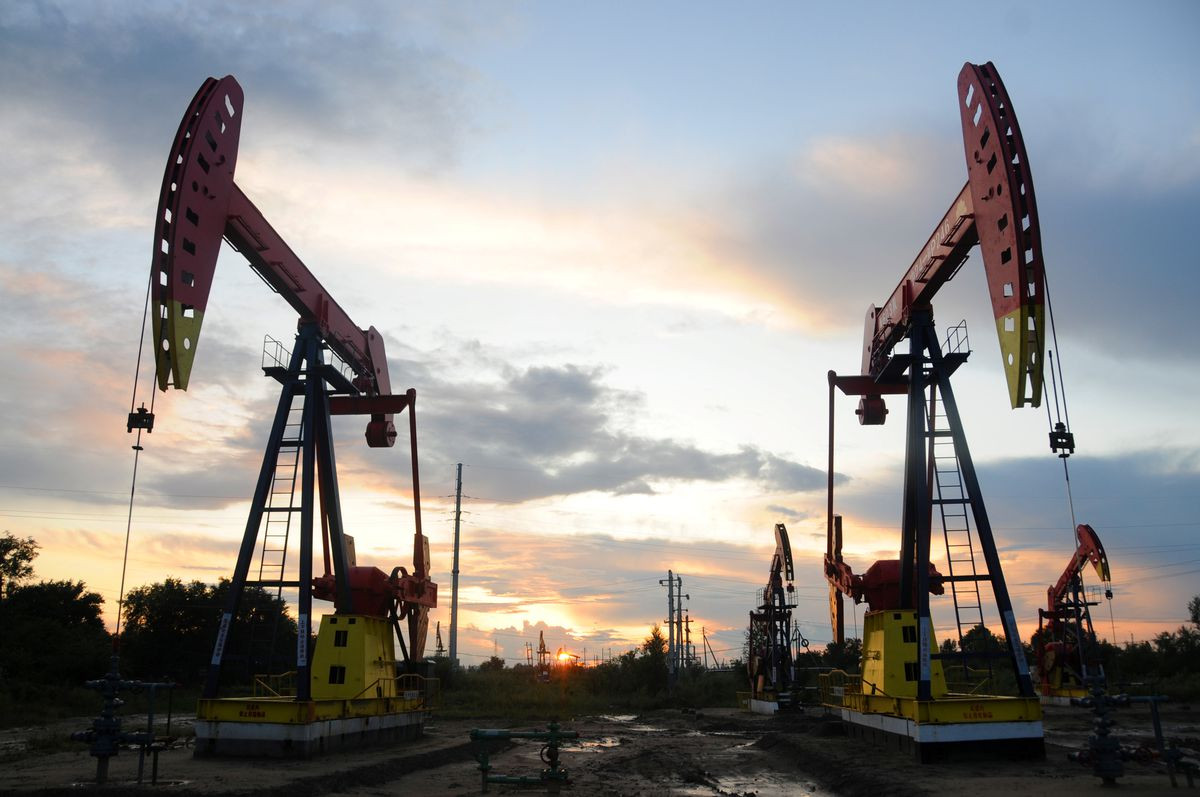 The World Is On Track To Warm 3 Degrees Celsius This Century. Here’s What That Means. 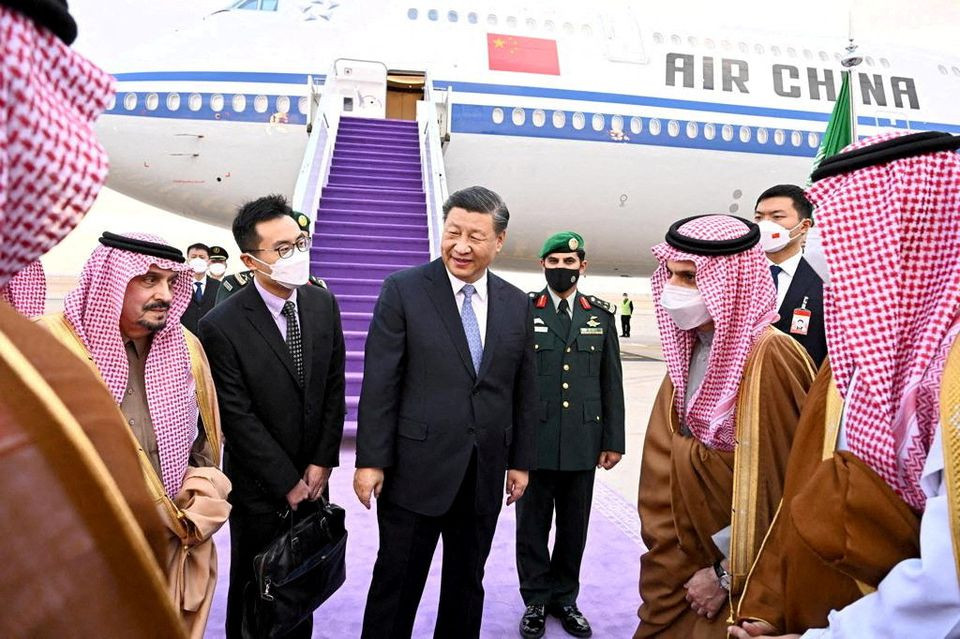 China's Xi on 'epoch-making' visit to Saudi as Riyadh chafes at U.S. censure 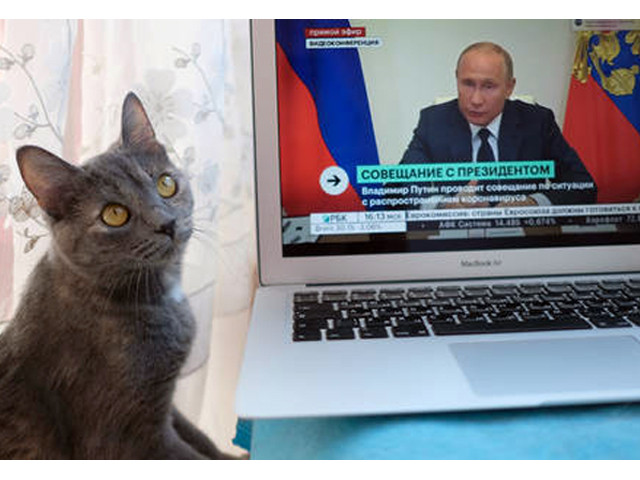