The number of diabetes patients has soared alarmingly across South Asia, even as the ongoing coronavirus pandemic continues to have severe psychological and economic effects through the region, experts and international bodies report.

Pakistan, ranked fourth in terms of diabetes prevalence in 2019, has surpassed the US over the past two years, according to data by the International Federation of Diabetes (IDF).

With one in four adults living with diabetes, Pakistan currently has the third-highest diabetes prevalence in the world, says the 10th edition of the IDF Diabetes Atlas, scheduled for release on Dec. 6, according to a statement by the federation.

According to diabetologist Abdul Basit, a member of the IDF and head of the Baqai Institute of Diabetology and Endocrinology (BIDE) in Karachi, this rise of 13.6 million patients, accounting for an increase of over 70% within the last two years is "extremely alarming."

Ahead of World Diabetes Day on Nov.14, the IDF released new figures showing that 537 million adults are now living with diabetes worldwide — a rise of 16% (74 million) since the previous IDF estimates in 2019.

Speaking to Anadolu Agency, Dr. Basit said that apart from those already suffering from the disease, another 33 million in Pakistan were grappling with borderline diabetes.

If immediate steps are not taken to contain this lifestyle disease, he warned, the number of diabetics in the country could double "soon."

Annually, nearly 200,000 people in Pakistan lose their feet due to ulcers caused by diabetes, while some 500,000 diabetics do not have access to care for the disease, the Diabetic Association of Pakistan (DAP) reported in a recent study.

Apart from amputations, which are preventable if necessary care is made available to the patients at an early stage, Basit noted, diabetes is one of the key causes of the rising cardiovascular illness in South Asia, including Pakistan.

It was responsible for an estimated cost of $966 billion in global health expenditure in 2021. This represents a 316% increase over 15 years, the IDF Atlas said.

Excluding mortality risks associated with the coronavirus, it added, approximately 6.7 million adults are estimated to have died as a result of diabetes or related complications in 2021. At 12.2%, this represents more than one in ten annual global deaths.

Sanjay Bhadada, a senior endocrinologist in northern India, told Anadolu Agency that the number of diabetes cases in his country was also rising at a substantial pace.

"In 2018, we conducted a study at our institute in which we found that other than diabetes, we're also observing an increase in the prediabetic cases," said Dr. Bhadada, who also heads the Department of Endocrinology at the federal government-run Postgraduate Institute of Medical Education and Research in Chandigarh city.

"Several reasons are responsible for the high burden of diabetes in the country, including sedentary lifestyles and unhealthy diet habits," he said noting that Indians are "predisposed" to diabetes.

Diabetes in India is a major and growing problem. As of 2019, the country had registered 77 million patients — second only to China (116.4 million), according to the IDF 2019 Diabetes Atlas.

The report projected India as having among the largest numbers of diabetic adults aged 20–79 years by 2030, though the country aims to halt this rise by 2025.

In Bangladesh, many key factors have resulted in a rise — albeit less severe — in diabetic patient numbers, according to experts.

Nearly 8.5 million Bangladeshi nationals are currently suffering from the disease, up from around 8.3 million in the previous year, according to Diabetic Association of Bangladesh (DAB). In 2019, the Diabetes Atlas ranked the country 10th in the world.

"Every day, many people in Bangladesh become diabetic," Dr. AK Azad Khan, the president of the DAB, told Anadolu Agency, citing increasing weight problems in the population amid changing food habits and lifestyles.

Underlining a lack of social awareness, he added that a "huge number of Bangladeshis" did not have an adequate understanding of the disease and came for treatment at a late stage.

A massive addiction to fast food culture, especially in children, could also worsen the diabetes situation in the country of 170 million people to a "very dangerous" level in the near future, he said.

According to Khan, "lucrative advertisements of fast-food and soft drinks of different brands are very common near educational institutions in Bangladesh," prompting students to prefer unhealthy fast-food. "It must be controlled," he said.

Diabetes has caused some 400,000 deaths in Pakistan this year, the DAP said.

Dr. Basit pointed to the coronavirus pandemic as one of the key factors in the recent diabetes surge in Pakistan, which he said involved multiple factors related to the pandemic, included mental disorder and psychological effects.

"The pandemic changed the global life. People lost jobs, their economies declined, in addition to a halt in physical activities. This all together added to an increase in mental disorders and psychological issues, eventually leading to a surge in diabetes," he maintained.

"Another reason for the surge is more diagnoses over the past two years," Basit said, explaining that most hospitalized coronavirus patients and victims were also diabetic.

Echoing Basit's views, Dr. Bhadada said that the widespread use of steroids in treatments of even mild COVID-19, increased the risk of diabetes.

"Even for mild symptoms, too many steroids are being used. When such medication is used too much, this carries the risk of diabetes," he said.

10 photo stories that will challenge your worldview 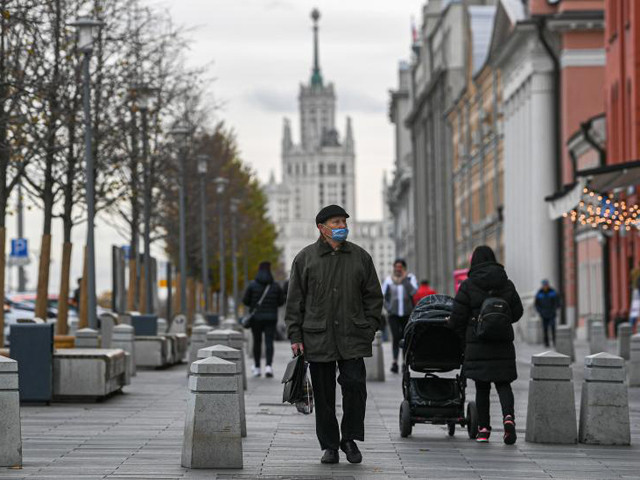 Infographic: 100 Years of the Communist Party of China | Interactive News