[ad_1]
Punjab Governor Balighur Rehman de-notified Chief Minister Chaudhry Pervaiz Elahi in the wee hours of Friday for failing to take a vote of confidence from the provincial assembly on Wednesday, December 21, on his order.

A notification issued by the Governor House after midnight said that Chief Minister Elahi ceased to hold the office immediately while the provincial cabinet stood dissolved. However, it added that Elahi would continue under Article 133 of the Constitution until a new chief minister was elected by the provincial assembly.

“I am satisfied that he [Chief Minister Elahi] does not command the confidence of the majority of the members of the Punjab Assembly and, therefore, ceases to hold his office with immediate effect,” the governor said in his order. “In consequence of the above, the provincial cabinet stands dissolved forthwith,” the order added.

In terms of Article 133 of the Constitution, the order of the Punjab governor further said, former chief minister Chaudhry Pervaiz Elahi “is hereby asked to continue to hold office until his successor enters upon the office of the Chief Minister”.

The governor’s order said that that Elahi “refrained from obtaining vote of confidence” at 4pm on Wednesday, in line with an order under Article 130(7) of the Constitution issued by him on Monday and “he still has not done so even after the lapse of another twenty four hours”.

Reacting over the governor’s order, senior PTI leader Fawad Chaudhry said that Punjab governor had no power to de-notify the chief minister. “This notification has no place in the Constitution. Chief Minister Pervaiz Elahi has never refused to take vote of confidence,” Chaudhry said in a statement.

“Whenever the speaker will call the provincial assembly session, Pervaiz Elahi will take vote of confidence. The party will initiate legal action against the Punjab governor, he said, adding that Chaudhry Perviaz Elahi would continue his work as the chief minister.

“Let’s say, speaker has wrongly interpreted the governor’s order. Even then the governor has no power to punish the chief minister for the speaker’s mistake. We were expecting this from incumbent rulers; however, we would move the court and approach to the president for legal action against the governor.”

The PTI leader insisted that Elahi was still the chief minister and provincial cabinet was intact. “As per the decision of the party’s chairman Imran Khan, Punjab Assembly will take up the no-trust motion and prove its strength in the house after which the provincial assembly will be dissolved.”

On Monday, Governor Rehman ordered the chief minister to seek vote of confidence on Dec 21 after the opposition Pakistan Peoples Party (PPP) and Pakistan Muslim League-Nawaz (PML-N) filed a no-confidence motion against Elahi in a bid to forestall the dissolution of the provincial assembly on Friday (today).

However, on Tuesday, Punjab Assembly Speaker Sibtain Khan adjourned the sitting until Friday (today), as he did not call the session on Wednesday as directed by the governor. The speaker said that the governor’s letter, asking the chief minister to seek vote of confidence was against the assembly rules, as well as the Constitution.

The speaker ruled that the governor’s order to the chief minister was “unconstitutional because the assembly was already in session and unless the current session was prorogued, the governor could not summon a fresh session. On Wednesday, the governor rejected the speaker’s ruling as unlawful.

Earlier on Thursday, Interior Minister Rana Sanaullah, while talking to the media, said that Chaudhry Pervaiz Elahi was “no more the chief minister of Punjab constitutionally” because he had “failed” to secure the vote of confidence from the Punjab Assembly as ordered by the provincial governor.

“Since he is not able to get a vote of confidence, he is no more the chief minister of Punjab,” the minister said. He added that after failing to get the vote, Elahi could no longer give advice to dissolve the assembly because the law no longer gave him the authority to do so.

“The notification of de-notifying Elahi would be issued as soon as the governor rolls out an order,” the minister said, adding: “If this constitutional decision is resisted and its implementation is stopped, the governor can write to the federal government”.

The latest situation emerged in the wake of Pakistan Tehreek-e-Insaf (PTI) Chairman Imran Khan’s announcement last week, that the provincial assemblies of Punjab and Khyber Pakhtunkhwa would be dissolved on Friday in order to force the coalition government to call early general elections in the country.

Imran had said that the dissolution of the two provincial assemblies, along with resignation of the PTI lawmakers in Sindh and Balochistan assemblies and those in the National Assembly would trigger new provincial elections and by-polls in nearly two-thirds of total constituencies of the country.

To prevent such a scenario, the ruling coalition, which mainly comprised the Pakistan Democratic Movement (PDM) parties, stepped up their efforts. On Monday, the PPP and the PML-N – two major parties in the alliance, filed a no confidence motion against the Punjab chief minister to delay the assembly’s dissolution.

The governor’s ruling followed daylong consultations with the government’s legal minds. Some of the government lawyers were of the view that the governor should show restraint in view of the fact that the chief minister had not refused to take the vote of confidence, rather the speaker did not call the assembly session.

The lawyers cautioned that the de-notification order could be challenged in courts, noting that the previous court interventions had not led to political stability. Instead, the legal experts proposed that the speaker’s ruling should be challenged, according to a source.

(WITH INPUT FROM OUR ISLAMABAD CORRESPONDENT) 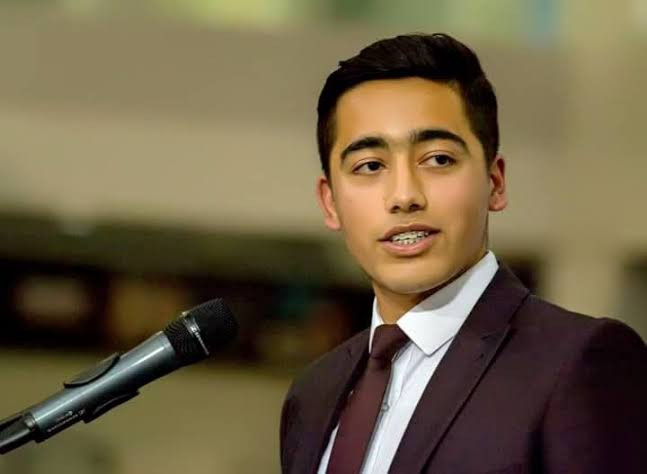 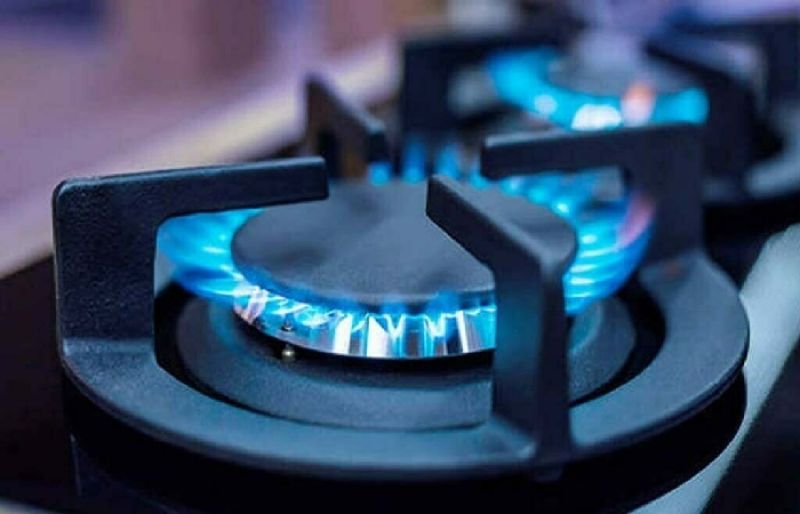 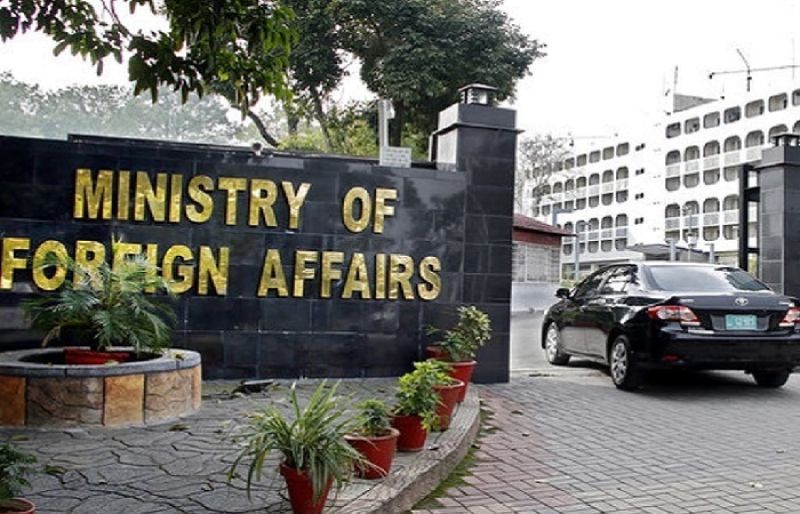 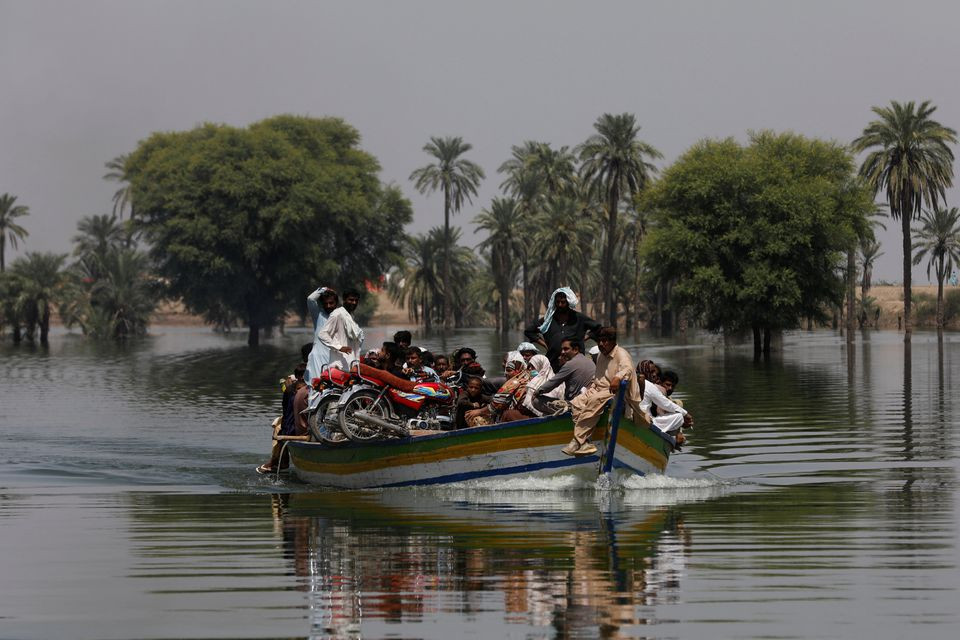