Answering the call of their leader, supporters and workers of Pakistan Tehreek-e-Insaf (PTI) on Sunday began to pour into the streets of major cities across the country to protest against the searing inflation.

Speaking to his supporters via a video link, former prime minister and PTI Chairman Imran Khan warned that the country’s economic and political situation will “deteriorate further” if early elections were not held, saying the coalition government led by the PML-N was “burying all institutions”.

“I will give you a call [for long march]… if free and transparent elections are not held further chaos will spread,” the ousted premier said while addressing the anti-inflation protest rallies.

The former premier had urged the people earlier this week to take to the streets on Sunday to stage a “peaceful demonstration” against rising inflation, particularly the massive increase in the prices of petroleum products.

During his speech, Imran lashed out at the government for withdrawing subsidies on petroleum products, saying that his government had resisted the IMF’s demand to increase the prices.

"This government is in the IMF programme for two months while we remained in it for two and a half years," he said.

Imran said his government had reduced petrol prices against the IMF's conditions to increase the fuel prices.

He lashed out at Nawaz Sharif and claimed it was the efforts of his government that saw the economy grow by 5.4 per cent and 6% for two consecutive years after the PML-N supremo left the country with economic woes in 2018.

Similarly, he took the credit for the country's likely removal from the FATF's grey list, saying it was the effort of his team led by Hammad Azhar, with all institutions on board, including the Pakistan Army, that resulted in Pakistan nearly exiting list of the world's top anti-terrorism monitoring group.

The former premier, who was ousted from power earlier this year through a no-confidence vote, said that the country descended into crisis only after a US-sponsored conspiracy was hatched with the abetment of "our local Mir Jafar and Mir Sadiq".

"I also approached the neutrals and appreciated their stance of being neutral, but at the same time, I apprised them of the economic repercussions of the foreign plan. The moment I had conveyed the concerns was the right time to foil the conspiracy," the PTI chief said.

Imran was ousted from power in April through a vote of no-confidence and since then he has been going places, building pressure on the coalition government to announce a date for the next elections as he called the current set-up “imposed from outside”.

He also accused the current government of being “incapable of handling the economy” and warned that prices would soar even higher in the days to come if the nation “kept sitting idly”.

After ending his much-hyped long march abruptly last month, Imran has been asking his supporters to prepare for the next long march towards Islamabad saying he will come with better planning this time around.

PTI leaders alleged that the Sindh government used police to try to stop the protesting citizens by setting up roadblocks, adding the police personnel also resorted to attacking protestors with batons.

Shortly before Imran’s speech, PTI Sindh President Ali Zaidi addressed the charged rally and declared that the rival PPP has been uprooted from the province, claiming the PTI will form the next government in Sindh.

He predicted the party will also secure a significant victory in the local bodies elections in Karachi and Hyderabad.

Meanwhile, In Peshawar, the protest was staged in front of the main Hashtnagri Gate. Protestors fumed against the agonising load-sheddings and economic crisis taking a heavy toll on the masses.

In Lahore, the protestors gathered at Liberty Chowk. Similar protests were also held in Islamabad and the neighbouring Rawalpindi.

Former federal minister and PTI leader Murad Saeed, while addressing a protest rally at the Commercial Market in Rawalpindi, said that Imran Khan had fought a full-fledged lawsuit against those who had committed blasphemy by taking up the issue at the international level.

"The world powers, afraid of Imran Khan, who voiced the pains of Kashmiris, conspired against his regime while a bunch of thieves, robbers and corrupt people have formed an imported government," Murad said.

In a tweet, she said, ‘Fitna [mischief] Khan’ had given protest call against inflation – for which he himself was responsible indeed.She said the country is facing very serious challenges – mostly created by Imran Khan “who used to say that he did not come to power for fixing rates of potato and onions”. 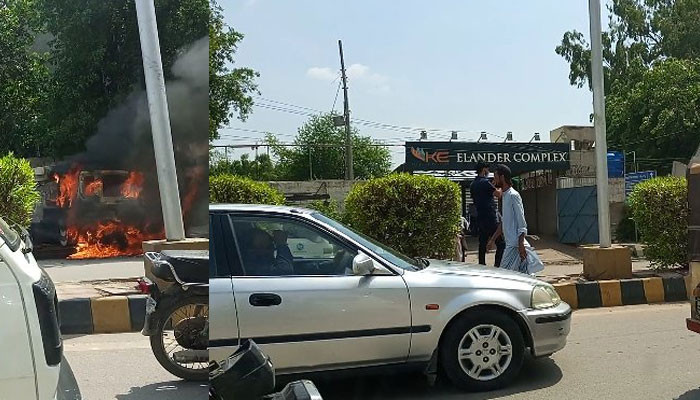 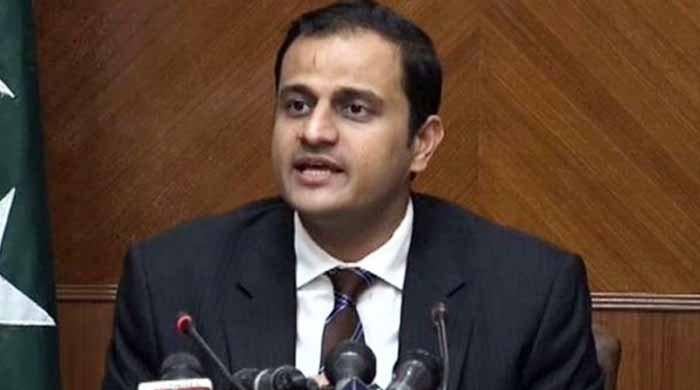 SHO, another four police officers were detained for collecting Rs 2 million from the suspect’s family 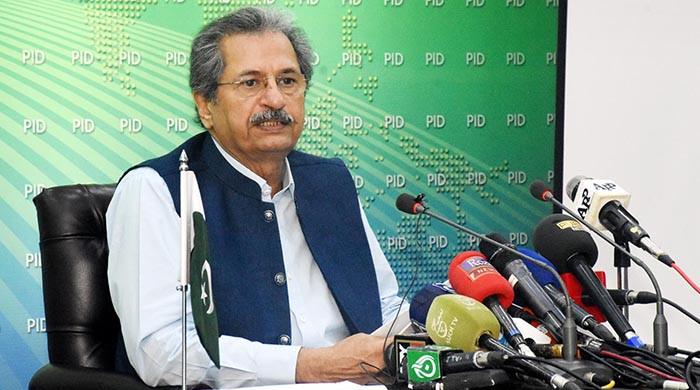 If we do not hold exams, then students will not study hard: Shafqat Mehmood