Once an endangered species, the population of the Sindh ibex, or Turkman wild goat, in Pakistan has shown significant growth in the last decade due to a blanket ban on hunting and the protection provided by local communities.

The wild goat, which is endemic to southwest Pakistan, and also found in southeast Iran, is still viewed as vulnerable, although its number has shot up to 20,000 from less than 2,000 over the past four decades.

Its habitats include the Kirthar mountain range, which falls in the southern Sindh and southwestern Balochistan provinces, and the adjoining Makran range.

A few kilometres before entrance to Sun, a small city in southern Sindh province, located some 156 kilometres (95 miles) from the provincial capital and the country's largest city Karachi, a narrow metaled road leads to the Kirthar National Park, home to scores of rare species, and Sindh ibex's largest habitat.

After a few kilometres, the road turns bumpy but remains drivable up to the historic Ranikot Fort, which is known as the Great Wall of Sindh due to its structural resemblance with China's Great Wall.

As the fort's stretched wall ends, the unpaved road converts into a rocky terrain, where only 4/4 wheelers could move.

Unfazed by the risks of life-threatening accidents, locals also use motorbikes to travel on the terrain that overlooks hundreds of feet deep ravines.

A two-hour bone-shaking journey ends at a round valley stretching for miles and encircled by untamable mountains, home to majestic Sindh ibex.

Dotted with mesquite, sidr, kikar (Acacia), and other wild trees, which are home to scores of rare birds, the barren valley, at the first sight, offers a rugged look.

However, sipping cold lassi (yoghurt drink) offered by the locals, and resting under the trees gives a totally different feeling. The otherwise warm wind turns cool here to dry up the rolling sweat, and the sound of chirping birds gives a healing touch.

According to wildlife authorities, the last 10 years were crucial in terms of the increase in the population of the wild goat, which is the national animal of Sindh, a 5,000 years old civilization.

The task to improve the wild goat population was assigned to the park authorities in 1978 when their number was nearly 2,000.

In the initial years, Birahmani said the population growth was mediocre due to hunting and poaching and a lack of awareness among the local communities vis-a-vis the threat to this animal.

"However, by the passage of time, both the issues were resolved. Thanks to the local communities that made it possible, particularly in terms of implementation of the hunting ban," Birahmani said, adding that the "untiring" efforts to protect the otherwise endangered animal yielded results during the past decade.

Nonetheless, on the other side of the Kirthar mountains, in Balochistan, which makes up 42% of Pakistan, implementation of the hunting and poaching ban is a bit difficult due to the huge size of the province.

Although common people, by and large, are not involved in hunting the vulnerable species in the mineral-rich province, the formula does not apply to the chieftains, who often invite foreign guests, especially from wealthy Gulf states, for hunting.

This, wildlife officials said, forces a good number of Sindh ibex to flee toward Kirthar National Park for refuge.

"There is a complete ban on hunting and poaching of Sindh ibex in Balochistan except for the trophy hunting. But it's difficult to fully control this phenomenon due to the huge size and insufficient workforce," he said.

"We take strict action, including imprisonment and fines, in case of violations of the ban," he told Anadolu Agency.

Balochistan's Hingol National Park, which is home to over 3,500, serves as the second-largest habitat for the animal.

In addition, Baloch said, game reserves and sanctuaries in Gwadar, Lasbella, Khuzdar and Makran districts also have a good population of Sindh ibex.

The Sindh Wildlife Department has employed some 600 members of the local communities to help protect the rare species, mainly from illegal hunting.

Their salaries, according to Birahmani, are generated through "trophy hunting", which tempts hunters from across the country and abroad to hunt down 10 to 15 wild goats every year.

About 80% of the amount generated through hunting licenses is spent on the local communities, whereas the remaining goes to the national exchequer.

"Protecting the animal (Sindh ibex) is in our own interest because it provides bread and butter to hundreds of local families," Ibrahim Gabol, a community volunteer, told Anadolu Agency.

Riding a motorbike, and carrying a mobile phone, Gabol's duty is to patrol the rocky terrain, and report any unusual activity to the authorities.

"We even had arrested a tribal lord, who was a friend of a former president, for shooting some birds in our locality, a few years ago," Gabol contended.

"Although he was released after a few hours, he or other tribal chiefs never dared to enter our area for hunting," Gabol said, smiling.

Like most wild animals, Sindh ibex is a shy species, which dwells at a height of over 3,000 feet.

It resembles Markhor or the Himalayan wild goat – Pakistan's national animal. However, it can easily be distinguished because of the relatively smaller size of its body, beard, and horns.

Under the midday broiling sun, a group of children was taking dips in a stream to beat the heat, which otherwise serves as a water source for Sindh ibex and other wild animals.

As the local volunteers arrived, the children got out of the stream, grabbed their clothes lying on the opposite bank, and ran away.

Through binoculars, one could spot groups of wild goats camouflaged under the rocks across the mighty mountains, waiting for children to leave.

"Although the local communities do not harm the wild animals, their presence still makes them uncomfortable," Mohammad Yusuf, another community volunteer, told Anadolu Agency.

"We have banned bathing and swimming in streams that fall within the habitat of the ibex, and other wild animals, but considering the sprawling size of the area, it's hard to fully implement the ban," Yusuf, who has been associated with the Wildlife Department for the last seven years, added.

The growing human presence across their natural habitat, he went on to say, has forced the ibex and other wild animals to change their daytime routine and routes to come down the mountains in search of food and water, inviting various perils for themselves because of darkness. 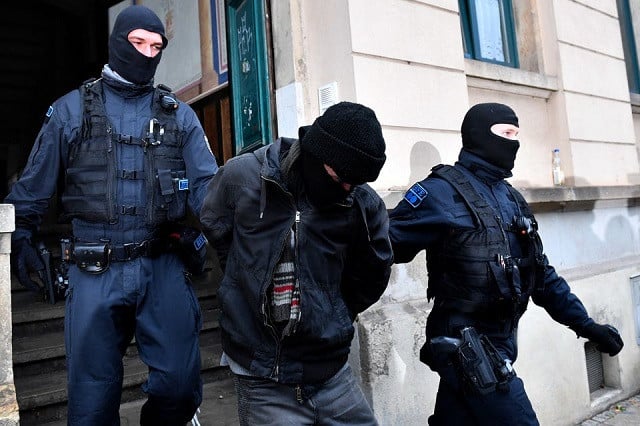 World should not shun Afghans' plight due to new crises: FM