Opposition lawmakers on the Senate Standing Committee on Parliamentary Affairs accused Senate Chairman Sadiq Sanjrani on Wednesday of tilting the composition of the panel in the favour of treasury benches by inducting a new member ahead of a crucial vote on legislation about election reforms.

The panel is taking up the proposed amendments to introduce electronic voting machines (EVM) and voting right for overseas Pakistanis. In a meeting on Wednesday, chaired by Taj Haider, committee member Azam Nazeer Tarar criticised the decision of the Senate Chairman to induct Samina Mumtaz of the Balochistan Awami Party (BAP) at the last moment before voting.

The induction of Mumtaz is seen by opposition lawmakers as attempt to increase the strength of the treasury members during voting on the bills. However, the government defended the Sanjrani’s decision, saying that such appointment was the prerogative of the Senate chairman.

Committee member and Railways Minister Azam Swati contended that the committee was an extension of the house and the chairman had the power to change the composition of any committees, an authority which he said had been exercised for the past 18 years.

Swati read out the motion presented in the house at the time of the constitution of Senate committees and maintained that it was clearly mentioned in the motion that the chairman was authorised by the house to make changes to composition of committees as and when he deemed fit.

For his part, opposition member of the committee, Mustafa Nawaz Khokhar, who belongs to the Pakistan Peoples Party (PPP), told the lawmakers that he had opposed the motion as a member of Senate when the motion was presented in the house.

The chair of the committee, Taj Haider, wondered whether a wrong precedent was being set. “Aren’t we setting a wrong precedent. If we accept this, then the Senate chairman can change composition of every committee at any given time?” he said.

However, Swati said that if someone wished to change the rules, “they have to go back to the house and bring another motion and get it passed with a majority vote”. Law Minister Farogh Naseem stressed that the committee did not have the jurisdiction to question the motion passed by the house.

Adviser to the Prime Minister on Parliamentary Affairs Babar Awan remarked that Rule 264 empowered the Senate chairman through residual powers to use them as he deemed fit. “Motion to accord these powers was carried in the house,” he pointed out.

Replying to Awan, Farooq H Naek, also from the PPP, said that the motion in discussion did not come under the ambit of Rule 264. He contended that two months after the constitution of a committee, its members could only be replaced.

“A senator cannot be a member of more than five committees at any given time and that election of senator to any committee cannot take place two months after the initial constitution of the committee. Only swapping or substitution can be done with mutual consent,” Naek maintained.

The law minister replied that a senator could not be a member of more than five committees at any given day when it is accessed. As in the case of Senator Samina Mumtaz, she is member of only five committees on the day voting takes place.

Naek charged that there was mala fide intent on the part of the government. “We are answerable to the people of the country. This act by government to change the composition of the committee is morally and ethically wrong,” Naek said.

Awan said that there was no rule regarding swapping or substitution, therefore, the chairman had the authority. The chair said that he had written to the Senate chairman regarding the matter in his personal capacity. “We have also held an in-camera meeting to resolve the issue amicably,” he said.

Lamenting the dispute over her membership, Samina Mumtaz said that she had been part of the committee’s proceedings for the last two days. “Why has the committee decided to discuss legality of my membership today after two days,” she asked.

“I am from Balochistan Awami Party and as representative of my party, I would like to be part of legislation on this important issue. How can the BAP be left out of discussion on such important issue,” the lawmaker asked further.

Senator Walid Iqbal of the ruling Pakistan Tehreek-e-Insaf (PTI) held the view that the committee was not entitled to challenge the decision of the Senate chairman. “The committee chairman does not have the power to give any ruling on the matter as the issue has been already addressed by higher authority.”

On the EVM, Awan assured the committee members that government would not select any particular machine and it would be the prerogative of the Election Commission of Pakistan (ECP) to decide on the type of machine to be used in future elections. “The government does not have any favourite machine.”

Later the committee chairman told the members that the issue would be resolved through reconciliation. He then deferred further proceedings of the committee till Friday. 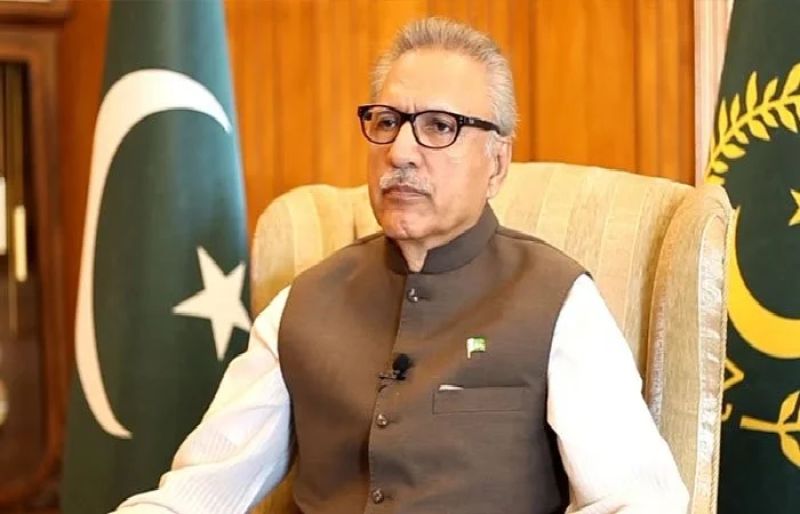