PTI Chairman and former prime minister Imran Khan on Friday dispelled reports that he had struck a deal in exchange for ending the party’s Azadi March to Islamabad, saying that he did so in order to avoid bloodshed.

He expressed the views while addressing a press conference in Peshawar, adding that he would take to the streets again if early elections were not announced. He regretted how police officials attacked the participants of the march, blaming the government for hand-picking officers to target the PTI.

“Our workers asked why we did not stage a sit-in. I am the man who staged a sit-in for 126 days. It was not difficult for me, but by the time I reached I became aware of the extent of the situation […] I knew that day that there would be bloodshed.”

Imran said the people were “ready” after seeing the “terrorism” carried out through the police. “Everyone was ready to fight, some of our people were so angered by what they saw,” he said, adding that officials were instructed to brutalise protesters.

“The anger at the time, if I had staged a sit-in that day I can guarantee that there would have been bloodshed,” he said, adding that there was a prevailing sense of hatred against police officials.

“But the police is also ours, it is not their fault,” the PTI chairman said, blaming the government for issuing the directives. If there was violence then it would only have caused chaos in the country, he said.

“Do not think it was our weakness and don’t think that a deal was made. I am hearing strange things that a deal was made with the establishment. I did not make a deal with anyone,” he said, adding that the only motive behind his actions was concern for the country.

He also made it clear that the PTI would not negotiate with or accept the “imported government”.

“I think of this as a jihad. I will stand up against this as long as I am alive,” he said, reiterating that he only cared about the future of the country.

Imran again stressed on his six-day ultimatum to the government for the announcement of early elections. “If they do not clearly announce a date for the elections or for the dissolution of the assemblies, I will take to the streets again. Let me make it clear, this time we will be prepared.”

He said that protesters were not prepared for the way they were attacked by the police. After the Supreme Court issued the order, we thought all the blockades would be removed and there would be no issue with the police, he said.

Imran claimed that the government was “afraid”, pointing out how they pressurised media channels and slowed down internet services. “No one knew what was going on. There was confusion.”

He also termed his party workers as “heroes” for taking to the streets in national interest. “You came out for the country’s haqeeqi azadi (true freedom).”

Lamenting how people were injured due to shelling at Islamabad’s D Chowk, Imran said he had written a letter to the Chief Justice of Pakistan Umar Ata Bandial asking whether or not the party had the right to stage a peaceful protest in a democracy.

“This is the fundamental right of a citizen […] I ask our judiciary, do you think we will remain silent sheep and accept all of this? If you think this, it means that we are pushing the country towards treason. If you do not allow people to stage peaceful protests, what other options will they have left?”

He said that he had written a letter to the CJP to make his position “clear”, reiterating that he would take to the streets again after six days. In six days we will find out whether or not the apex court protects our fundamental rights, he said.

The way lawyers and women were forced to disembark from a bus and were beaten, has anyone seem something like this before, he asked.

“Which justice system allows this. The entire nation should know who stands for [their] rights and who is carrying out oppression.”

Responding to a question from a reporter, Imran reiterated that the party would take to the streets once again after the six-day deadline, calling on the SC to provide protection. But if the government uses the same tactics then they will be responsible for the direction the country will head toward, he added.

Imran also said that the door for negotiating with the government was always open. “We are not here to fight. Our only objective is elections in June and dissolution of assemblies.”

He said that the best way to achieve this would be to do this through talks, but if they did not succeed then protests would be the way to go.

Talking about the decision to hike the prices of all petroleum products by Rs30, Imran lambasted the government for succumbing to the International Monetary Fund’s (IMF) pressure, asking whether such a massive hike had been seen ever before.

The PTI chairman said that the government’s decision would impact the prices of all commodities.

“They were not able to bear the IMF’s pressure. I have concluded that external forces do not want Pakistan to stand on its own two feet.”

Imran said that the government did not have the ability to manage the country, pointing out how the rupee had depreciated and inflation had soared since it assumed charge.

Do they not know it will give way to resentment among the people, he asked, highlighting the current situation in Sri Lanka. “Look at where Sri Lanka is within a matter of a few months. They are pushing us in that direction.”

He said that the PTI government had also faced pressure from the Fund to increase fuel prices but remained firm on its decision. He said that the government’s decision would only cause resentment and disappointment among the people.

Talking about his visit to Russia during his term in office, Imran said that India had bought oil from the Kremlin at a discount of 30 per cent. We planned to do the same, he said.

“My issue is: India is a free country and it is allowed to buy oil and military equipment from Russia despite being a strategic ally [of the US]. Why not us? And why so much anger over Imran Khan going to Russia and making deals?”

Imran said that the nation was now paying the price of “slavery”. “They (government) did not have the guts to say that at least 50 million of our people are below the poverty line […] Could they not have said that this step would have increased poverty?”

India made it clear that they wanted to reduce the burden on the people due to poverty, Imran said, asking why Pakistan could not do the same. 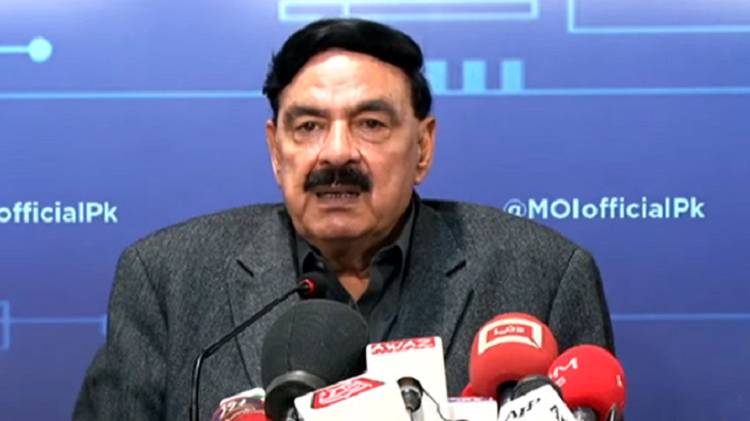 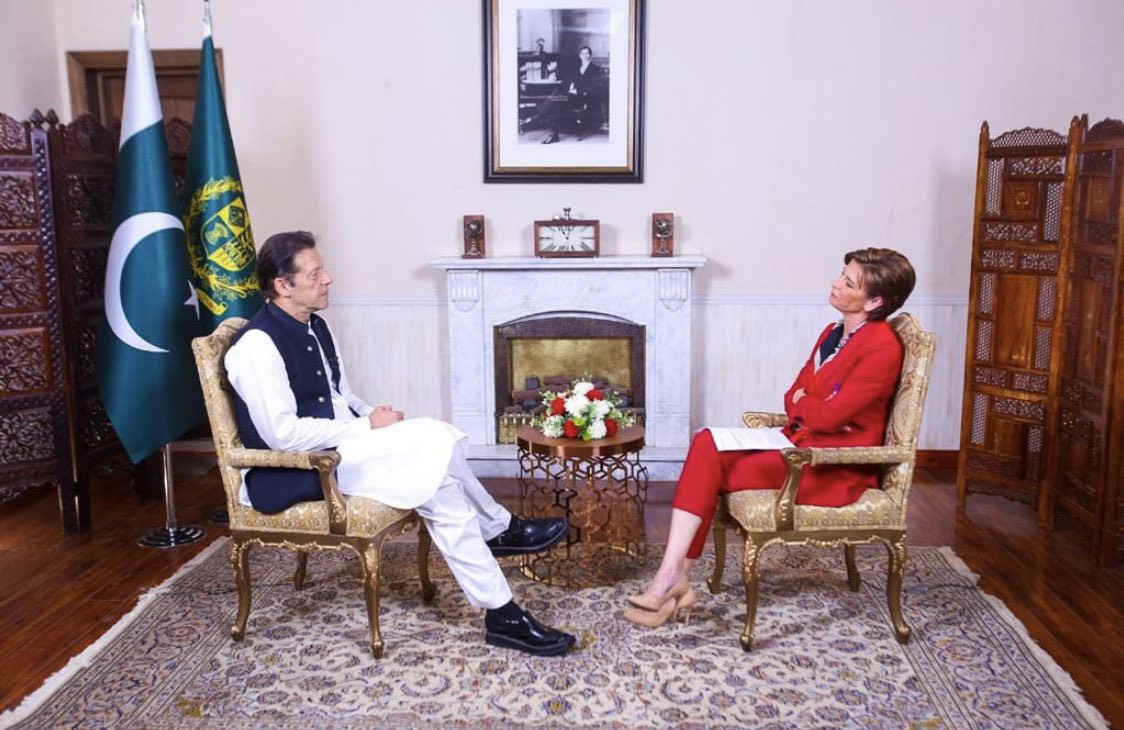 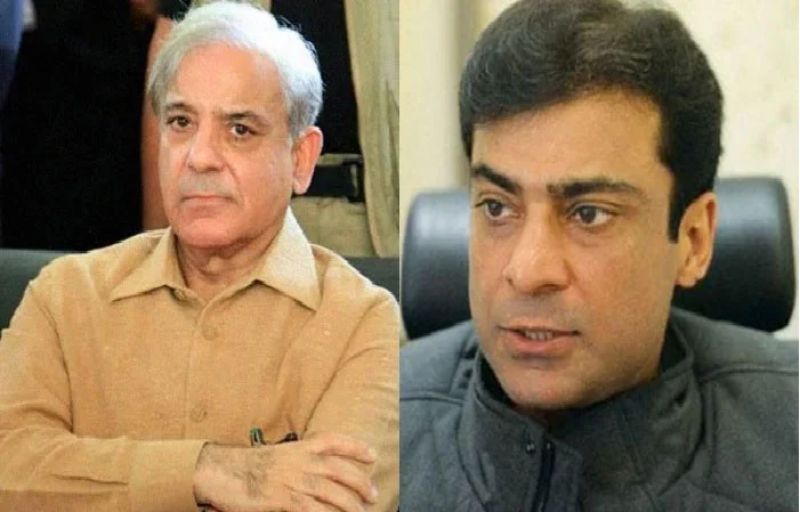 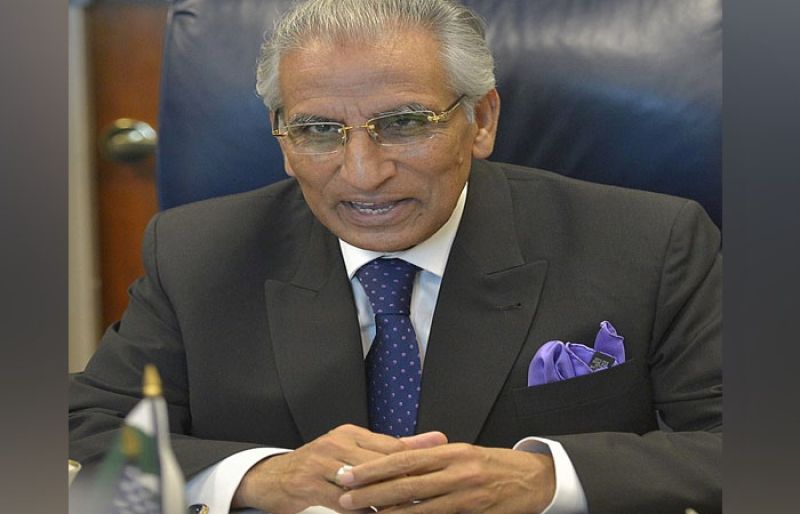