Former prime minister and PTI Chairman Imran Khan has urged Chief Justice of Pakistan (CJP) Justice Umar Ata Bandial “to stand with the nation to save the country from thieves”.

“I respectfully request honourable chief justice sahab on behalf of the nation that the time has come for Pakistan’s judiciary to stand with the nation and bring powerful under the law,” he said on Sunday while addressing the PTI’s long march participants via video link.

Imran said people have lost confidence in the government and the system after what happened to the slain journalist Arshad Sharif and PTI Senator Azam Swati. “Chief justice sahab you have to give justice to them.”

Imran lamented that being the former PM and head of Pakistan’s ‘largest political party’ he could not even get a first information report (FIR) of failed assassination attempt lodged. “Now we want our courts to assert their authority.”

Imran also referred to his petition that he filed against NAB amendments, saying that he was expecting judiciary to strike down legislation which he said was aimed at protecting corruption. “Nation is looking towards judiciary and chief justice.”

The incumbent government which “was imposed on the country by handlers” has miserably failed to resolve the country’s economic woes, he said.

“I have been demanding to hold early elections since they toppled my government seven months ago. They [government] are taking the country towards destruction and destroying its economy,” he said.

“How can those who have destroyed the economy and institutions resolve the country’s problems?”

Imran said the ones who ‘imposed’ the incumbent rulers on the country made a mistake and added that no efforts were made to “fix this mistake by holding early elections”.

“He [Nawaz] is scared of elections because he knows that he will lose to PTI… he is pushing the country towards destruction for his vested interests,” he added.

Accusing the PML-N leaders of corruption and money laundering, Imran said how come “dishonest” people can take decisions about the future of the country.

“A criminal [Nawaz] sitting in London is taking decisions about the future of the country and deciding about the appointment of next army chief,” he said.

Imran said he had been demanding snap polls because only free and free elections can pave way for political and economic stability in the country.

The former PM said the by-election results have established that people have rejected the “thieves” imposed on the country.

“The objective of long march is to make people aware of what is happening to them. No matter how much you scare people, impose restrictions on media but social media is there and youth have awakened.”

Imran said “unprecedented” number of people will gather in Rawalpindi by the time long march reached there to “demand their rights”.

Speaking about the foreign policy, Imran asked the coalition government led by PML-N to tell one thing that it has achieved by “polishing boots”.

“They criticise me for internationally isolating country… I always wanted to pursue independent and sovereign foreign policy,” he added.

Umar also criticised the premier for "runing away" to his "fugitive brother".

“They used to think that by oppressing and forcing people, the people would get scared,” added Umar expressing faith that the "Haqeeqi Azadi March" would soon "achieve its objective".

On the other hand, Qureshi in a press conference questioned why "the uncertainty" was emerging ahead of an “important appointment” and why "important decisions" were being made in Lodon.

Earlier today, PTI leader Fawad Chaudhry engaged in a Twitter spat with Defense Minister Khwaja Asif over the issue claiming “any leader interested in long-term relations with Pakistan would maintain its distance from present rulers”.

Asif had alleged that the PTI’s long march was the reason the Saudi Crown Prince Mohammed bin Salman had postponed his trip to Pakistan.

However, Fawad hit back at the minister’s claims stating that he was “lying” and misrepresenting the situation as the official visit had been postponed “across Asia, not just Pakistan”.

Yesterday, PTI chief Imran Khan refuted the allegations levelled against him of making the appointment of the army chief controversial and clarified that he did not want the military’s change of guard to take place according to his own choice.

In a televised address to the long march protestors in Lala Musa, the former prime minister had said he only wanted “the best people on the basis of merit”.

“I say that the army chief should be appointed on merit. I don’t want an army chief, judge, IG or NAB head of my choice. I want the best people on the basis of merit.”

He had alleged that the government wanted to appoint people of their choice to top posts and claimed that the Islamabad IG’s appointment by Prime Minister Shehbaz was such an example. “Because he (the IG) is corrupt, he will now serve the PM, he will do every unlawful task given by him.”

‘Country’s decisions being taken in London’

The former prime minister had gone on to reiterate his criticism of PM Shehbaz and other PML-N bigwigs for holding a meeting in London to make the important decision of the army chief’s appointment.

“It is beyond anyone’s imagination that the country’s important decisions are being taken abroad and by those who have been looting the state wealth for the past 30 years,” he said.

Imran’s criticism was in reference to the prime minister purportedly discussing the key appointment and other issues of national importance with his elder brother Nawaz Sharif during his unscheduled London visit.

The meeting sparked controversy when Defence Minister Khawaja Asif confirmed that the premier had indeed discussed the matter with the elder Sharif who lives in exile in London and faces a slew of corruption cases back home in Pakistan.

Opposition leaders – chiefly PTI – have said that someone who does not hold government office and has absconded from the law should not be part of discussions on arguably the most important appointment in the country. 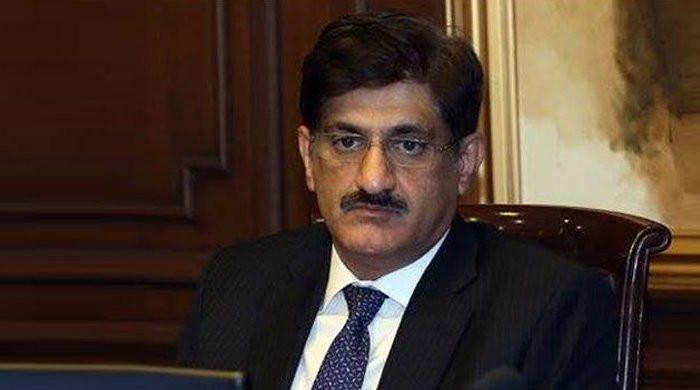 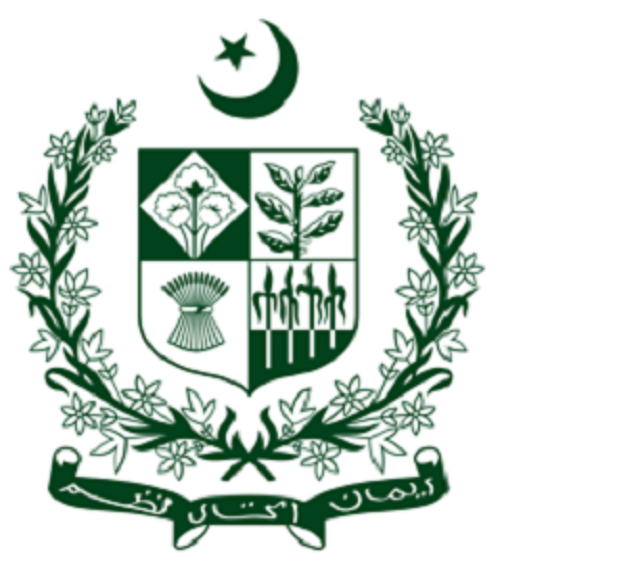 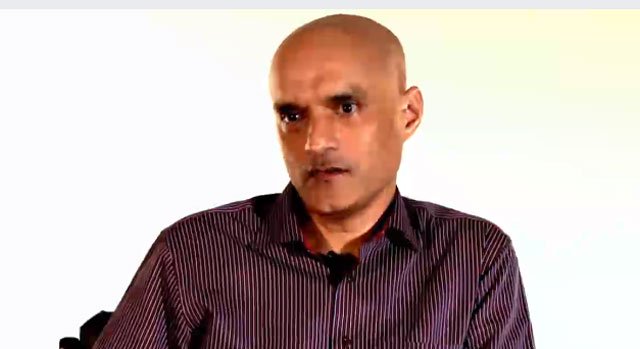 India gets yet another chance to appoint Jadhav's counsel 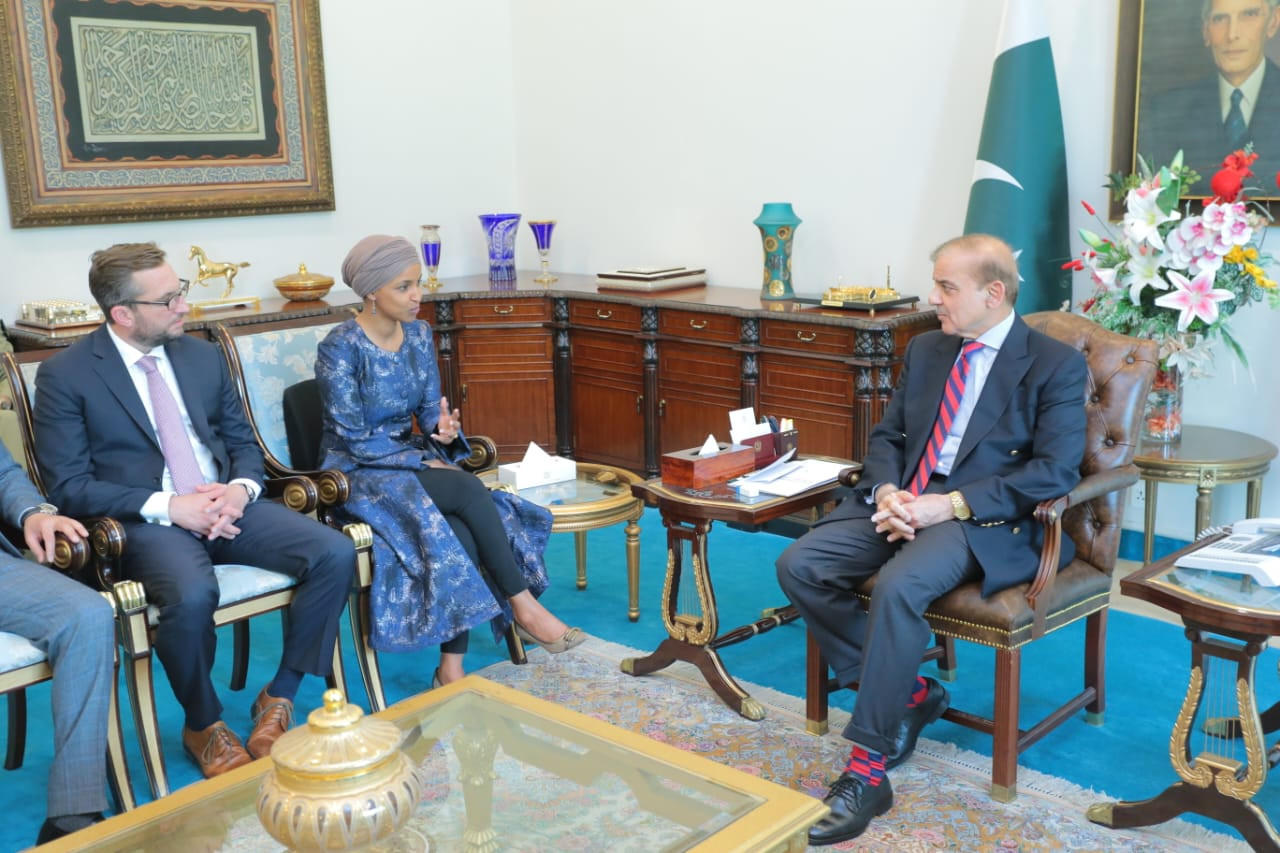