In a dramatic somersault, former prime minister Imran Khan on Monday said the process to appoint the next army chief should be deferred till after the next general elections.

The suggestion effectively means granting another extension to the incumbent General Qamar Javed Bajwa, albeit for a short period.

“Only those countries prosper that pursue merit,” the Pakistan Tehreek-e-Insaf chairman said in an interview with a private TV channel.

“A cricket team whose selection is done on merit can only excel. If any institution is to succeed, meritocracy is paramount,” he added.

He said neither Asif Ali Zardari nor Nawaz Sharif fulfilled the criteria of merit to appoint the new army chief, adding they both lacked the moral ground to be part of such an important decision-making process.

“One is an absconder and convicted; his wealth is stashed abroad; he is imposed on us through a foreign conspiracy,” he said.

“While Asif Zardari has been stealing money for 30 years. Their priority is not merit. Their priority is to secure their assets,” Imran claimed and then went on to ask what the qualification of Nawaz Sharif, an absconder sitting abroad, was to appoint a new army chief.

He, however, added that if the two parties win ‘free and fair’ elections, then they may appoint the army chief of their own choosing. “Hold fresh elections. If they [the coalition government] wins, they can choose their own army chief.”

He was asked to clarify if he was supporting the idea of granting an extension to the incumbent army chief since the elections — even if they are announced today — cannot take place before December, Imran said legal and constitutional experts could find a way out.

The PTI chief again said that he was willing to hold a dialogue with the incumbent government if it was ready to hold fresh elections. “The country is facing extraordinary circumstances […] in this time we need to think about what decisions to take.”

He said that his life and death were in Pakistan, hence, his interest was in the country’s improvement. “I’m always ready to talk if they want to talk about free and fair elections.”

General Qamar’s six-year tenure ends in late November and the chief military spokesperson had already clarified that the current army chief had no intention to seek further extension. There was no reaction so far from the military’s media wing about the latest statement by Imran.

Gen Qamar was given a three-year extension in November 2019 by Imran Khan, citing regional security environment and challenges. The extension in service became controversial when it was challenged before the Supreme Court.

The apex court had given parliament six months to amend the army act to allow room for extension. The amendment bill was unanimously passed by parliament with the support of current ruling parties.

The PTI chief already drew a strong reaction from the army when he recently accused both the Peoples Party and the Pakistan Muslim League-Nawaz of seeking the appointment of an army chief of their choice in a bid to save their skin from corruption cases.

“They want to bring their own army chief…they are afraid that if a strong and patriotic army chief is appointed then he would ask them about the looted wealth,” he alleged.
Imran went on to add that both the parties were sitting in the government to bring the next army chief of their choice.

He demanded that the army chief should be appointed on merit. Imran’s statement implied that any army chief appointed by the current government might not be patriotic, something that really angered the army.

"Pakistan Army is aghast at the defamatory and uncalled for statement about the senior leadership of Pakistan Army by Chairman PTI during a political rally at Faisalabad," read a statement issued by the Inter-Service Public Relations (ISPR
Imran also said he was ready for talks with the current government if they agree on a free and fair election.

“The country is passing through an extraordinary situation. The issue is how to pull the country out of the current quagmire,” he said adding if the current government stays in power the situation will get out of control completely. “No one will be able to handle that situation,” he warned, stressing the only way forward was to hold free and fair elections.

He also said many options including leaving the governments in Punjab and KP were on the table if the government does not agree for elections.
Imran insisted that the country might lead to ‘internal strife’ if elections were not held.

Contrary to earlier denials by PTI leader Fawad Chaudhry, Imran confirmed that he recently met former American diplomat Robin Raffale in Islamabad. He, however, played down his meeting with Robin Raffale saying she was not part of the US government but with a think-tank.

He insisted that he was not against the US rather he only wanted relationship based on “mutual respect.”

In an interview with a private TV channel, the minister fired a broadside against PTI chief, calling him a man of “imperialist mindset” who knew nothing about democracy. He accused Imran of using pressure tactics to pursue his goal.

“On the one side, he [Imran] is attacking them [the establishment] and on other hand, he wants to open the doors of negotiations or dialogue as well,” Asif said. Referring to the PTI chief’s speeches, Asif said that those showed that he wanted to talk to the establishment at “gunpoint” and “by force”.

“He just wants to take his government back, whether it is in the right or wrong way … this is [his] desperation for power,” Asif claimed, adding that the PTI chief was using pressure tactics as “does not even know the spelling of democracy”.

Responding to a question, the defence minister said that now the establishment had adopted the constitutional role and urged the politicians to protect this role. “The establishment is standing with the Constitution, not with an individual or political party … and we will support it,” Asif added.

About the contempt of court proceedings against Imran, the minister said a legal course would be taken in that but accused the former prime minister of trying to disrupt the legal processes. “Even when it comes to courts, he [Imran] wants to get a decision of his choice. 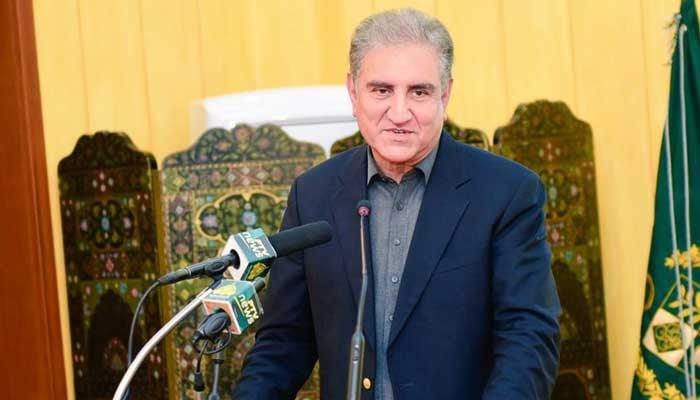 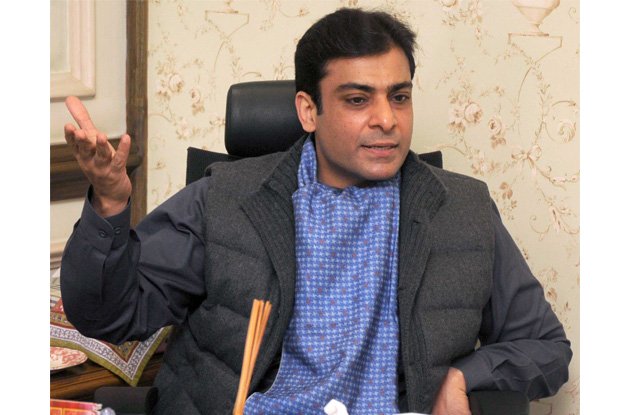 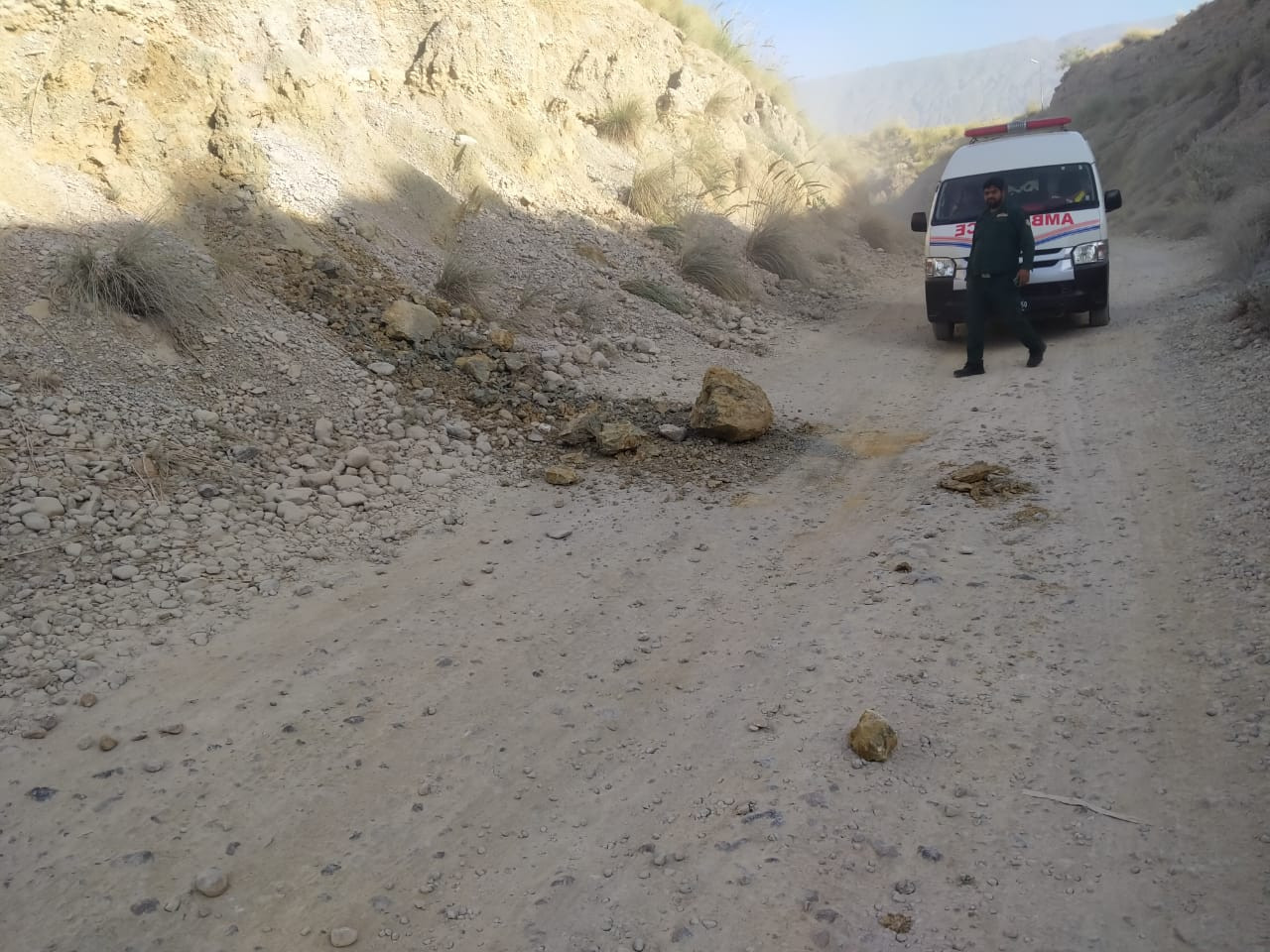