The current expenditures of the federal government shot up to nearly Rs1.1 trillion even before the floods struck Pakistan and despite squeezing of some essential expenses, indicating that the budget had become irrelevant.

Alarmingly, during July-August period of the current fiscal year, over 71% of the current expenses were on account of just two heads –the interest payments on loans and the defence, according to the sources in the Ministry of Finance.

This left very little behind to spend on the welfare and the development of the country.

The fiscal figures are provisional and are subject to changes once the reconciled data is available at the end of the quarter (July-September). However, Pakistan has assured the International Monetary Fund that if monthly fiscal operations data indicate that spending is running higher than the first quarter and subsequent target; this will trigger immediate remedial action to put in place the contingency revenue measures.

The government has conceded before the IMF that “the compression of current spending is ambitious”.

The initial trend indicates that even if the floods had not struck Pakistan, it was impossible to achieve the primary budget surplus target of Rs153 billion the government agreed with the IMF.

A major chunk –over Rs580 billion –was spent on mere debt servicing of the previously obtained loans. The spending on debt was Rs156 billion or 37% higher than the previous fiscal year. It was an alarming trend, which suggests that Pakistan can no more spend on anything except servicing its debt or paying for the salaries of the armed forces and the civilian employees.

Another chunk of Rs191 billion was spent on defence – Rs28 billion or 17% more than the previous fiscal year.

The cumulative spending on debt and defence amounted to Rs773 billion – equal to 71% of the current expenses, according to the sources. The Rs773 billion spending was 46% or Rs245 billion more than the net income of the federal government during July-August period.

Compared to this, the development spending by the federal government amounted to mere Rs28 billion, which is Rs35 billion or 56% less than the previous fiscal year.

During the current fiscal year, the federal government’s total expenditures shot up to Rs1.111 trillion, slightly higher than the comparative period due to massive squeezing of the development budget.

But when Finance Minister Miftah Ismail was contacted, he said that the trend changed this month and as of September 13, the total expenses were Rs226 billion less than the same period of the previous fiscal year.

On the back of development spending squeeze, the federal budget deficit during July-August period is provisionally estimated around Rs584 billion -nearly Rs50 billion less than the previous fiscal year. However, out of this Rs50 billion adjustment, the major saving – Rs35 billion – came from the development side.

The federal budget deficit was equal to 0.7% of the GDP while it booked a marginal primary deficit of Rs2 billion.

There was a drastic reduction in other expenses that came down from Rs453 billion to Rs312 billion during first two months – a squeeze of over Rs140 billion. But the gains made here were lost due to higher debt servicing that remained Rs157 billion higher than the previous fiscal year.

To save money, the government has even stopped provision of newspapers to the public relations wings but has been expanding the list of cabinet members, which has already swelled to 70 despite these harsh times. The Pakistan Broadcasting Corporation is facing problems in paying pensions to its retired employees –thanks to unrealistic annual budget allocation by the Ministry of Finance.

The contingency measures include an immediate increase in GST on fuel, further streamlining of GST exemptions including on sugary drinks and other unwarranted exemptions such as those benefiting exporters; and increasing Federal Excise Duty on Tier I and Tier II cigarettes by at least Rs2 per stick with immediate effect.

In the last fiscal year, the federal budget deficit had skyrocketed to over Rs5.6 trillion – 51% increase over the preceding year. The Rs5.61 trillion gap between the federal income and expenditures was the highest-ever in the country’s history.

However, the World Bank in its fresh assessment said that due to floods, the country may again run an overall primary deficit of 2.8% of the GDP in the current fiscal year.

During the first two months, the FBR’s tax collection remained at Rs947 billion –up by Rs91 billion or 11%. The non-tax revenues amounted to Rs111 billion –also up by Rs36 billion or 48% on back of higher petroleum levy on fuel.

But the net federal revenues of Rs528 billion after paying provinces shares were not even sufficient to fund debt and defence expenditures. The federal government transferred Rs531 billion to provinces as their share in federal taxes, which was 12.3% higher than last year.

The government needs to retain this 0.2% of the GDP primary surplus till the end of the fiscal year or until the IMF revises the fiscal framework in light of the devastation caused by the flood. 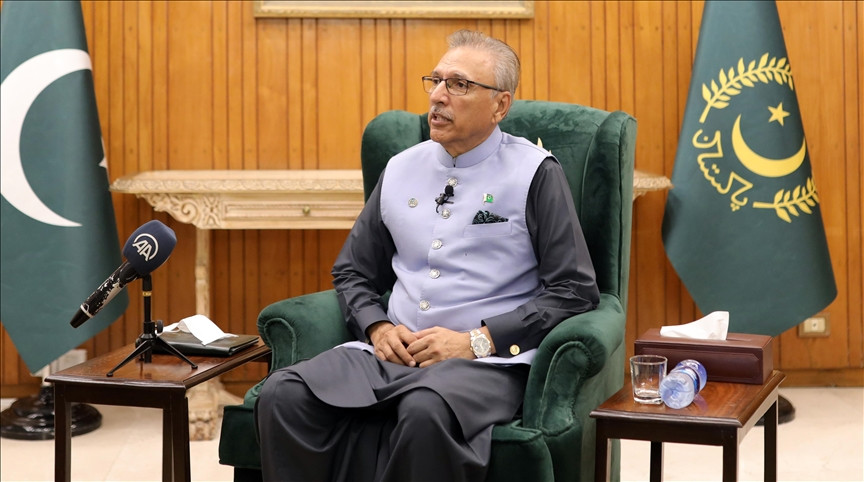 Pakistan doesn't want to be a plaything in anyone’s hands: President Alvi 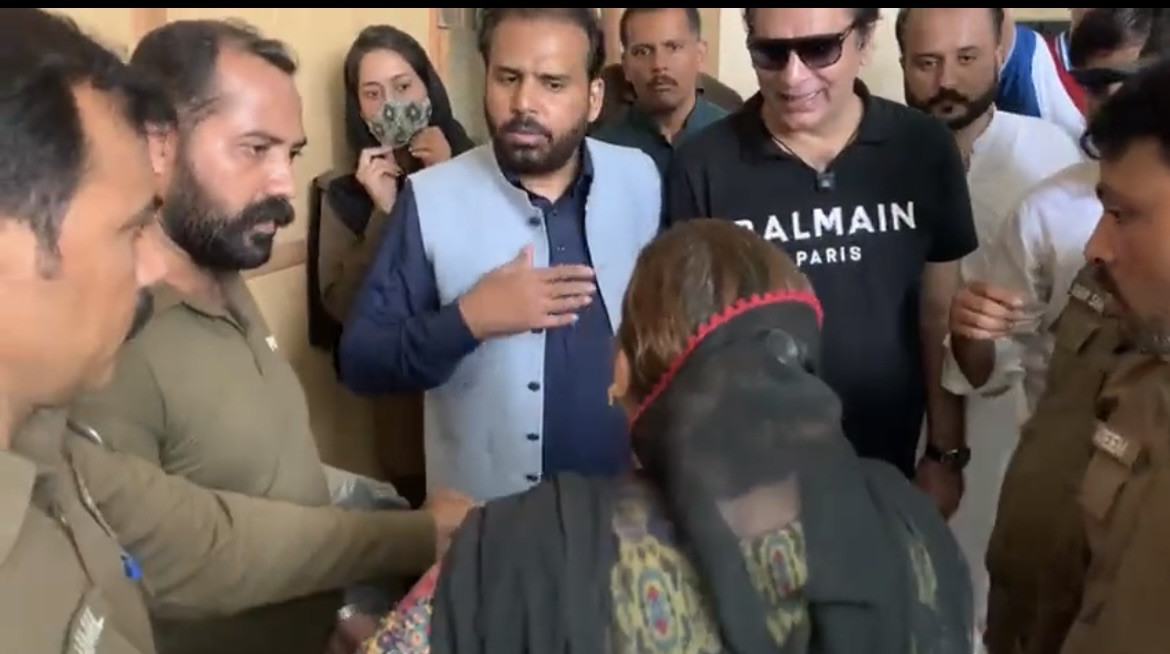 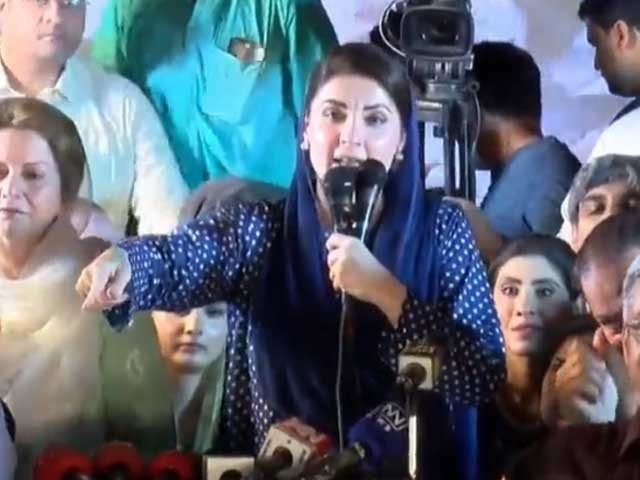 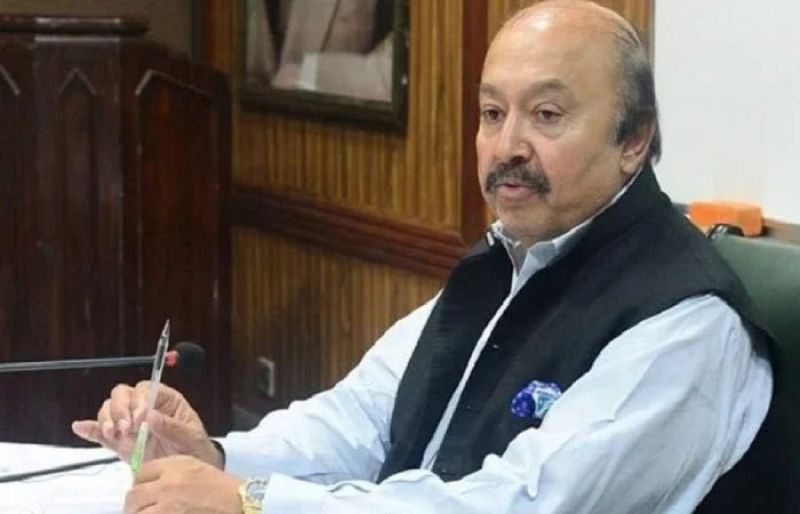