[ad_1]
Former British Foreign Secretary Jack Straw has testified to the fact that the British government had conducted an investigation on its own into the 2002 Gujarat riots in India after the large-scale violence created ripples in the UK.

He said that the investigation was carried out after citizens of Gujarati Muslim origin in the UK were worried about their loved ones in India and were making representations to that effect to the then Tony Blair government.

During an interview with ‘The Wire’ regarding BBC’s documentary about the 2002 Gujarat riots, the former British diplomat said that the simple fact was that in Britain, including in his constituency, there were hundreds of thousands of people from the Indian state of Gujarat, mainly Muslims.

There was a lot of concern and there were also people that he knew whose families were affected by these inter-communal riots directly and they were making representations to them, he added.

Straw further elaborated that the ripples of the Gujarat riots were felt in the UK and that as a result, then British High Commissioner Sir Rob Young ordered an investigation.

The 29-minute interview with Straw was conducted days after BBC aired the documentary ‘India: The Modi Question’, which revealed that British authorities had ordered an inquiry into the riots as they had found the extent of the violence alarming.

According to the BBC documentary, a report given to the UK government by the inquiry team mentioned that the “extent of the violence was much greater than reported” and there was a “widespread and systematic rape of Muslim women” as the violence was “politically motivated.”

It further said that the riots aimed to “purge Muslims from Hindu areas.”

“That undoubtedly came from Modi,” the documentary maintained.

In the documentary, a former British diplomat, who remains anonymous said, “At least 2,000 people were murdered during the violence where the vast majority were Muslims. We described it as a pogrom – a deliberate, and politically driven effort targeted at the Muslim community.”

The former UK foreign secretary said that he had conversations with Indian officials, including the then external affairs minister Jaswant Singh and the then prime minister regarding the riots.

“What we did was establish an inquiry and have a team go to Gujarat and find out for themselves what had happened. And they produced a very thorough report,” the Indian media quoted the former diplomat as saying.

The BBC documentary looked at “the tensions between Prime Minister Narendra Modi and the country’s Muslim minority”, as well as “investigating claims” concerning his role in the large-scale communal violence that erupted in Gujarat in the months of February and March, in 2002 that left “over a thousand dead.”

The violence followed the burning of a train at Godhra on February 27, 2002, which led to 59 deaths. Parliament in 2005 was informed that in subsequent violence, 790 Muslims and 254 Hindus were killed, 223 more people were reported missing and another 2,500 were injured.

The BBC documentary had a series of images of the text of the report, and in one statement, the inquiry report claimed that Narendra Modi was directly responsible.

It referred to the chain of events as a “systematic campaign of violence” which has “all the hallmarks of ethnic cleansing.”

Must watch: Excerpts from a BBC documentary just telecast in UK about our PM Modi & his documented role in the ethnic cleansing pogrom of 2002 in Gujarat pic.twitter.com/O1bAABRiA0
— Prashant Bhushan (@pbhushan1) January 19, 2023

The Vishwa Hindu Parishad (VHP), an affiliate of the Rashtriya Swayamsevak Sangh (RSS), was also mentioned in the report.

“The violence was widely reported to have been organized by an extremist Hindu nationalist group – the VHP.” The VHP and its allies could not have done so much damage without the climate of impunity created by the state government,” the report maintained.

“These were very serious claims – that Chief Minister Modi played a pretty active part in pulling back the police and in tacitly encouraging the Hindu extremists,” former British foreign secretary Straw had told the BBC.

He further confessed that he was left with “fairly limited” options as a minister. “We were never going to break diplomatic relations with India, but it is obviously a stain on his reputation.”

Following the 2002 Gujarat riots, the British government slapped a diplomatic boycott on Modi for his claimed failure to put an end to the bloodshed.

During the same time, according to the BBC, an inquiry was also set up by the European Union, which also carried out an investigation.

It reportedly found that “ministers took an active part in the violence and the senior police officers were instructed not to intervene in the rioting.” 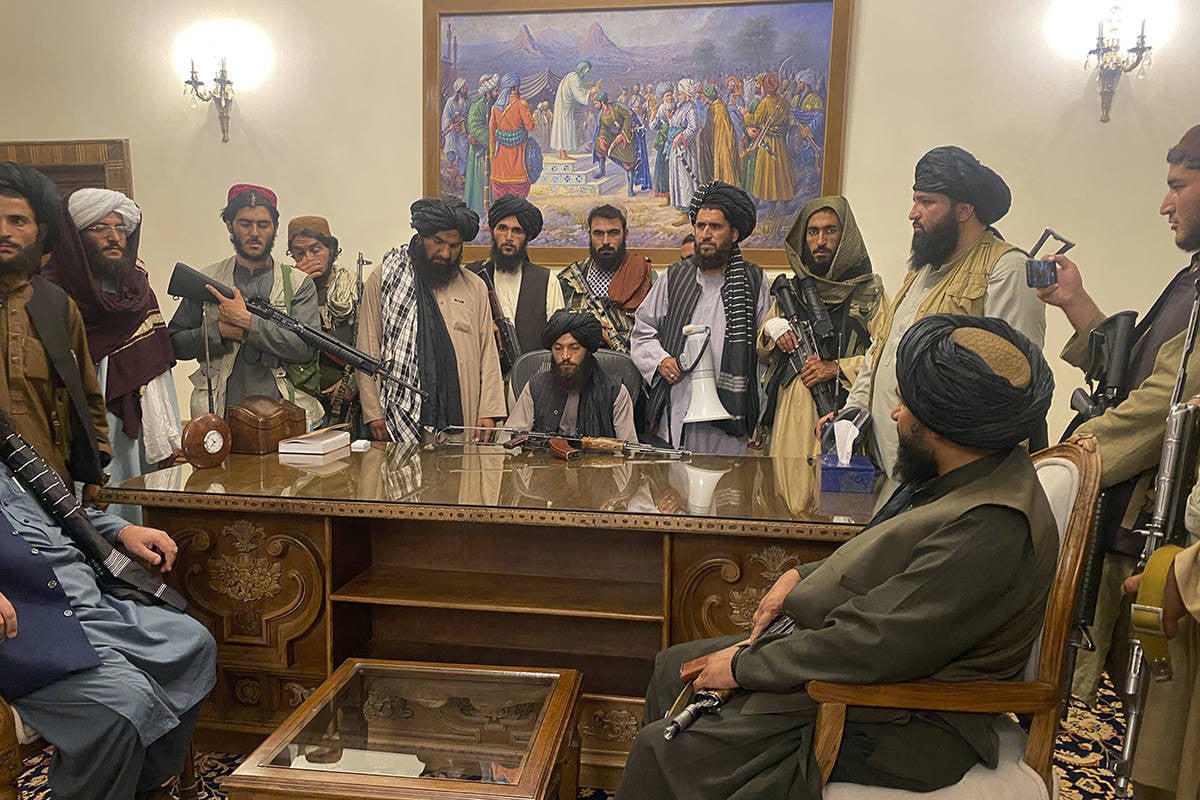 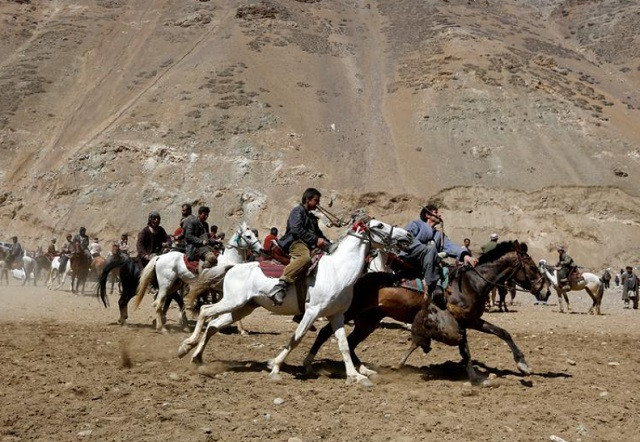 Not for the faint-hearted, Afghan Taliban embrace Buzkashi in new Afghanistan 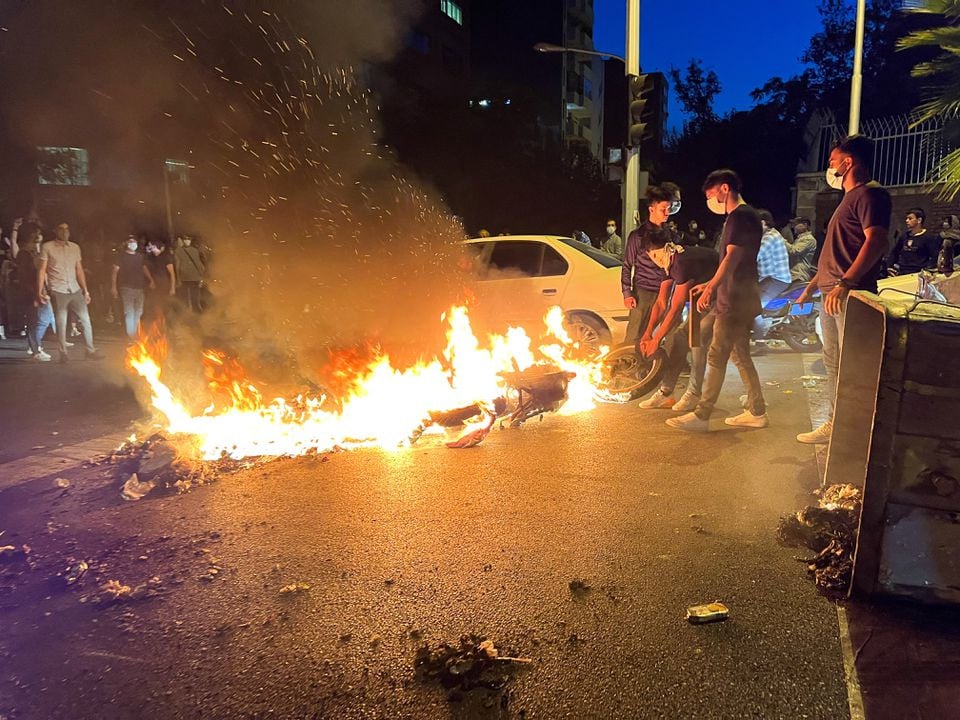