This is done on account of Justice Asif’s “outstanding achievements and exemplary accomplishments in enhancing the administration of justice and contributions made towards independence of the judiciary, human rights ethics, access to justice, judicial education, management, court administration, legal reform, consensus building and cooperation,” according to a statement.

The criteria for the selection for the award was: “demonstrating leadership in improving the administration of justice through the application of modern management techniques; supporting the independence of the judiciary; contributing to the development and implementation of reforms to improve access to, and the administration of justice; increasing proficiencies of other administrators or court staff through service, teaching, and/or contributing to the field through exchange of information relating to court administration; and distinguished service and contributions to the profession having relevance at a State, National or International level”.

The IIJE said Justice Asif’s judicial career spans over a period of about twenty-two years during this period he decided about 57,000 cases.

Due to his personal and untiring efforts, 25 years’ backlog of thousands of criminal appeals pending before the Supreme Court of Pakistan had been cleared.

Upon his initiative video-linkage was established between the principal seat of the Supreme Court at Islamabad and its branch registries at Quetta, Peshawar, Karachi and Lahore facilitating lawyers in arguing their cases from their own stations rather than travelling to and staying at Islamabad for that purpose.

Huge expenditure which the litigant public had to incur in this regard previously was substantially curtailed. This step also made it possible for the lawyers to attend to their other cases fixed before courts at their local stations on the same day.

Through this initiative the Supreme Court became the first Supreme Court in the world to have introduced an online facility for the purpose of hearing of arguments and decision of cases.

Upon his initiative, a state-of-the-art Research Centre had been established in the Supreme Court which has access to the world renowned search engines in the legal field. As many as ten serving judges of the district judiciary, trained in the United States of America, were assigned to work at that centre to assist the judges of the Supreme Court with research on every conceivable aspect of law worldwide.

Upon his orders the website of the Supreme Court had been revamped and upgraded facilitating the lawyers and litigants in getting information about all judicial and administrative services being provided by the Court.

Upon his directives a mobile telephone application had been launched through which any person can access and receive information about any case pending before the Supreme Court besides being able to read and download any interim or final order passed by the Court in any case.

He got installed an e-Kiosk near the Bar Room of the Supreme Court at Islamabad for assisting the lawyers and litigants in finding out the status and progression of any case pending at the Principal Seat or at any Branch Registry of the Court.

He authorised introduction and utilization of Artificial Intelligence in the Supreme Court’s working for facilitating the Judges and work is already in progress on that project.

Upon his initiative and proposal the National Judicial (Policy Making) Committee launched the Expeditious Justice Initiative for expeditious holding and conclusion of trials before the trial courts. Hundreds of existing courts were transformed into Model Courts with no extra expenditure and without change of any law or procedure. With a little fine-tuning of the system the same Judges and Magistrates had started holding and concluding trials within a matter of days rather than years. Such Model Courts include Model Criminal Trial Courts for cases of murder and narcotics, Model Trial Magistrates Courts and Model Civil Appellate Courts. In the last 754 working days the Model Courts have decided 2,18,028 cases besides recording statements of 3,91,464 witnesses and in dozens of Districts of the country zero pendency of many categories of cases has been achieved.

As a result of his personal interest and drive Special Courts for trying cases of Gender Based Violence had been established in every nook and corner of the country after imparting training to about 100 serving judicial officers with the assistance of the Asian Development Bank. No other country in the world has so many special courts for dealing with this menace and Pakistan has stolen the march in this field in the entire world.

During his time as the Chief Justice of Pakistan the Federal Judicial Academy had not only been transformed into a Centre of Excellence imparting training to judicial officers, court staff, prosecutors, investigators and young lawyers but also into a vibrant body providing administrative support to the Model Courts besides constantly monitoring their progress on daily basis.

The Law & Justice Commission of Pakistan, of which he was the Chairman in his capacity as the Chief Justice of Pakistan, had been rejuvenated and besides performing multiple other functions it started providing vital support to the initiatives taken by the Police Reforms Committee chaired by the Chief Justice of Pakistan and comprising of all the Inspectors-General of Police in the country and some reputed retired police officers. A comprehensive report prepared by the Police Reforms Committee suggesting structural and operational reforms in the police had been forwarded to the Federal and Provincial Governments and the recommendations made are likely to transform the functioning, effectiveness and image of the police throughout the country.

Under his chairmanship of the Police Reforms Committee and upon his personal initiative the office of Superintendent of Police (Complaints) had been established in every District of the country introducing a system of internal accountability within the police department and aggrieved persons were provided a free forum of redressal of their grievances against working of the police and they now don’t have to approach a court of law for that purpose. This one step has already resulted in about 40% reduction in filing of petitions in this regard before the District Judiciary and about 15% reduction in filing of writ petitions in this respect before the High Courts throughout the country.

The Police Reforms Committee under his chairmanship had also established District Assessment Committees in every District of the country for the purposes of analyzing the reasons of acquittal in criminal cases and imparting instructions in that regard to the investigating officers. That initiative has already started showing results and a noticeable increase in the rate of conviction in criminal cases is being reported.

His courage and independence as a Judge had repeatedly been demonstrated through many religiously, politically and constitutionally sensitive cases. He braved backlash of the religious extremists in the blasphemy cases of Mst. Asia Bibi (PLD 2019 Supreme Court 64) and Malik Muhammad Mumtaz Qadri (PLD 2016 Supreme Court 17) and also in the religiously sensitive case of Peggy Collin (PLD 2010 Lahore 48); he withstood hostile political reactions to successive removal of two Chairmen of the National Accountability Bureau namely Justice (Retired) Syed Deedar Hussain Shah (PLD 2011 Supreme Court 365) and Admiral (Retired) Fasih Bokhari (PLD 2013 Supreme Court 568); he remained undeterred by political mudslinging while convicting and sentencing Prime Minister Syed Yousaf Raza Gilani for committing contempt of the Supreme Court (PLD 2012 Supreme Court 553) and while disqualifying and removing Prime Minister Mian Muhammad Nawaz Sharif from office (PLD 2017 Supreme Court 265); he was dauntless in clearing the way for trial of General (Retired) Pervez Musharraf, former President of Pakistan, for committing the offence of High Treason (PLD 2016 Supreme Court 454); and he upheld the rule of law by declaring that extension in the term of office of General Qamar Javed Bajwa, the serving Chief of the Army Staff, was not constitutionally valid unless the Parliament amended the relevant law and made provisions for such extension (PLD 2020 Supreme Court 1).

Through scores of judgments he removed confusions creeping into the law and its application and settled conflicting judicial opinions. In many areas of the law he broke new ground and introduced new approaches. Introducing the North American plea of nolo contendere in criminal trials (PLD 2009 Lahore 312), sentencing guidelines in cases of recovery of narcotic substances (PLD 2009 Lahore 362), T20 format for deciding applications for bail (PLD 2014 Supreme Court 458) and reintroducing the rule falsus in uno, falsus in omnibus in criminal cases (PLD 2019 Supreme Court 527) are some of such instances.

He has an outstanding academic record; he had studied in the University of Cambridge, United Kingdom and was called to the Bar at the Honourable Society of Lincoln’s Inn, London; he had a robust legal practice before his elevation to the Bench; he has taught law in different law schools; he has attended scores of conferences, seminars and symposia in different parts of the world; he has remained associated with judicial education for a long time; and he has authored four books.

A formal ceremony will be held in The Hague in a few weeks for presenting the above mentioned Award to Chief Justice Khosa. 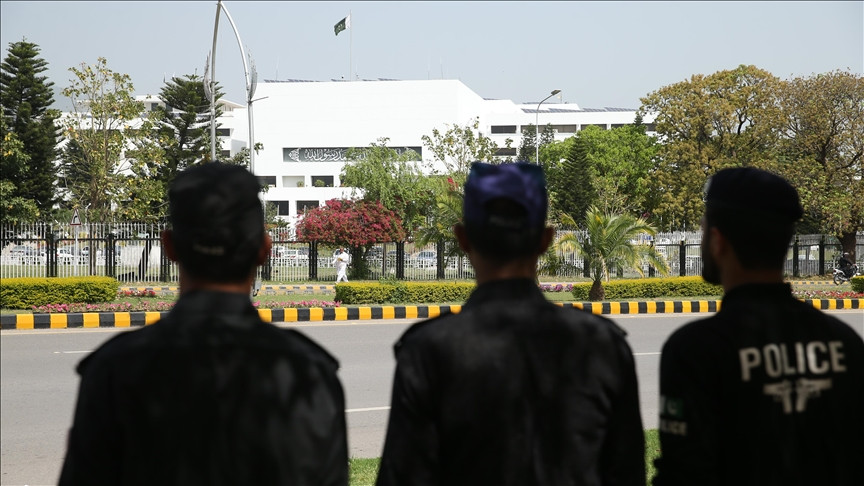 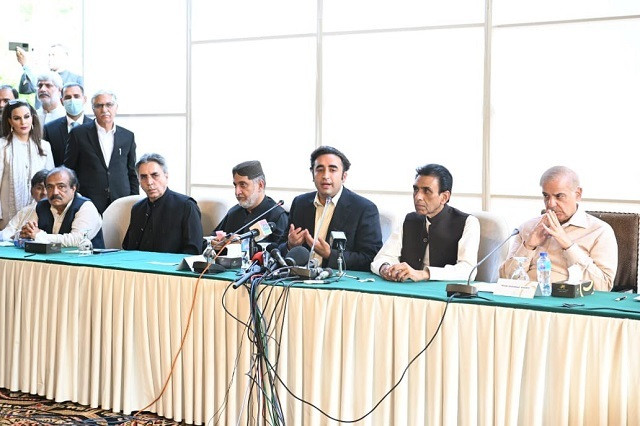 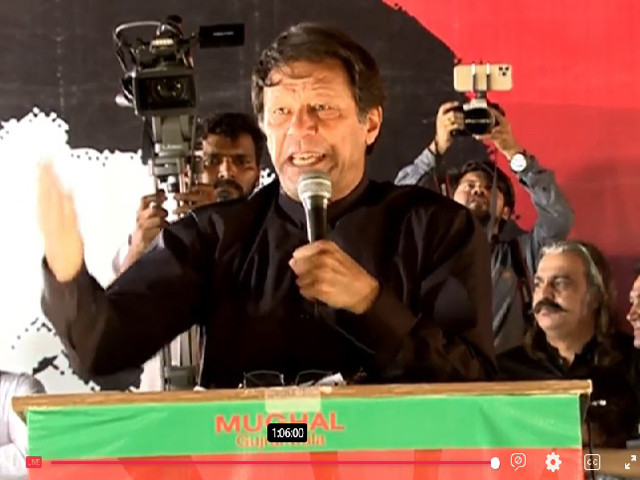