The Supreme Court continues to hear PTI’s plea against the Lahore High Court’s order of holding a re-poll for the Punjab chief minister — despite the expiration of the 4pm deadline set by the LHC.

The court is yet to arrive at a decision as PTI and PML-Q lawyers are at crossroads over what should be the future course of action regarding the election of the chief minister.

In a bid to break the deadlock, the top court directed Punjab Assembly Speaker Pervez Elahi to speak to PTI Chairman Imran Khan and come up with a solution — as it adjourned the hearing for half an hour.

The directive came after PTI sought an extension of seven days before the process of re-election.

In another bid to remove Hamza Shahbaz from the post of Punjab chief minister, PTI approached the SC to challenge the orders of the Lahore High Court (LHC) to hold a vote recount on the CM poll held on April 16.

The SC accepted the plea for an immediate hearing earlier in the day and formed a three-member bench. The hearing is currently underway by the bench headed by Chief Justice Umar Ata Bandial.

In a 4-1 split decision, the LHC wrapped up PTI’s case against Hamza’s election to the CM’s slot, while ordering to recount the votes cast during the Punjab chief executive’s election but with the exclusion of 25 PTI dissidents’ votes, in line with the apex court’s interpretation of Article 63(A).

At the outset of the hearing, PTI leader Babar Awan appeared before the court while PTI’s counsel attended the hearing through video link.

Starting his arguments, Awan informed the court that all of the PTI lawmakers are not present in Lahore as some have gone to perform Hajj while some are attending family events.

At this, Justice Ijazul Ahsan remarked that he doesn’t agree with waiting before the voting if any member is absent.

Meanwhile, the CJP said the PTI’s plea seeks time for the lawmakers who are not in the provincial capital as they are away for several reasons — marriages and performing religious obligations.

“So why should the Supreme Court intervene in this? Does the PTI want the court to give it more time? Should we intervene in LHC’s decision?” the CJP questioned.

The chief justice said that the LHC order mentions that the date for voting will be today. “Are you ready for it?” he asked, at which PTI sought seven days for re-polling.

The CJP responded to the request by saying that the lawmakers present in the country should have been able to reach Lahore within a day.

“How much time is required for your lawmakers to reach Lahore? Do you want Punjab to remain without a chief minister for seven days?” the chief justice wondered.

CJP Bandial asked if the CM is not in the office, then who runs the province.

Moving on, Justice Ahsan said a question remains on whether the session for re-voting of the CM will be held at 4pm today or not.

“Persuade us that the session should not be held today, then we will decide whether it should be called today or not,” he told the PTI lawyers.

He also wondered that whether there is a section in the constitution that allows the imposition of governor rule till the election of the CM.

PTI counsel Faisal Chaudhry maintained that PTI has 169 members if the 25 dissidents are excluded.

“This means you don’t have the majority,” CJP Bandial remarked.

At this, Chaudhry said that no one in the Punjab Assembly has the majority.

Meanwhile, Siddiqui maintained that the governor runs the provincial affairs till the election of the CM.

CJ Bandial snapped saying that a by-election on 20 seats is slated for July 17.

“How can we stop the province from working till the by-election,” he remarked, adding that handing the reins to the governor would be unconstitutional.

“We understand PTI’s concern but I don’t think the province should be left without a CM,” the CJ remarked.

“Both parties to face difficulty if they don’t agree on re-poll,” CJ Bandial stated.

The CJ said that the court is not issuing any order to hold the Punjab Assembly session as per schedule, therefore, the session shouldn’t be started till the hearing is underway.

He said that the court will resume the hearing at 3:45 and wrap up by 4pm as the CJP summoned Hamza Shahbaz and Pervez Elahi.

When Elahi and Hamza arrived at the hearing, the CJP asked the Punjab Assembly as to what should be the course of action.

The judge asked Hamza what he had to say. At this, the PML-N leader said no person is unexpandable and that the country’s system should operate uninterrupted.

Hamza said that the coalition has the numbers and asked the court to allow the election to take place today.

At this, Justice Ahsan said that the 4pm deadline set by the LHC is up and that the judges would give a decision of their own — as the parties were not able to reach a consensus.

Responding to the judge, Hamza said that the election can also take place on July 17 — the day when by-polls take place. To this, Justice Ahsan asked Hamza whether he was ready to remain out of the CM’s Office till July 17.

The PML-N leader responded by saying that the court should decide what date should the polling take place as both the parties involved in the case could not reach a consensus.

Responding to the judge, Hamza said that the election can also take place on July 17 — the day when by-polls take place. To this, Justice Ahsan asked Hamza whether he was ready to remain out of the CM’s Office till July 17.

The PML-N leader responded by saying that the court should decide what date should the polling take place as both the parties involved in the case could not reach a consensus.

The justices then asked Elahi what was his opinion on the matter. He told the bench that he would accept any decision that the court announces, but also sought assurances that if the polling date exceeds, then no Opposition member would be arrested.

Justice Ahsan said that if Elahi accepts Hamza as the chief minister till July 17, then all other matters could be resolved amicably.

He added that Elahi had two options, either accept Hamza as the CM or give a date for the elections. The justice assured that no arrests would be made.

At this, Elahi agreed that Hamza would retain the chief ministership until July 17.

However, PTI lawyer Babar Awan protested against it and said that the party will not accept Hamza as the chief minister — bringing allies PML-Q and PTI to a crossroads over the matter.

The court then asked Elahi to consult with PTI Chairman Imran Khan and come to a consensus as it adjourned the hearing for the third time and went on a break for half an hour.

The plea seeks an immediate hearing on the plea, requesting to remove Hamza Shahbaz from Punjab CM’s post and suspend the process of recounting till a decision on this plea.

PTI has maintained in its plea that LHC’s order should be amended and sufficient time be granted to notify all the lawmakers to ensure their presence in the Punjab Assembly session, so that a free and fair election of the Punjab CM can be held.

Referring to the objection raised by LHC’s Justice Sajid Mehmood Sethi, PTI sought to quash the notification issued for appointment of Hamza Shahbaz as the CM as he’ll no longer have the majority of votes within the contemplation of Article 130(4) of the Constitution when the PTI dissidents’ votes are excluded.

In his dissenting note in the verdict, Justice Sethi had said that the votes of the 25 PTI dissidents cast in favour of Hamza were “admitted”, therefore, there was no need to repeat the exercise of counting/recounting.

The judge noted that in the 371-strong Punjab Assembly, the requisite number needed to become chief minister was 186 votes. He went on to say that from the record, Hamza obtained 197 votes. Justice Sethi also said that after excluding the 25 votes, Hamza had 172 votes. “Therefore, he is not member elected within the contemplation of Article 130(4) of the Constitution and being a stranger to the office of chief minister, cannot be allowed to hold the office,” he said.

“[…] the Chief Minister Punjab may kindly be removed pending this election process due to absence of a valid notification of his appointment and that the Court may graciously grant such time and issue such direction where free and fair election to the post of Chief Minister Punjab takes place with the participation of duly constituted Assembly in accordance with the norms of the Constitution of the Islamic Republic of Pakistan, 1973,” the plea stated. 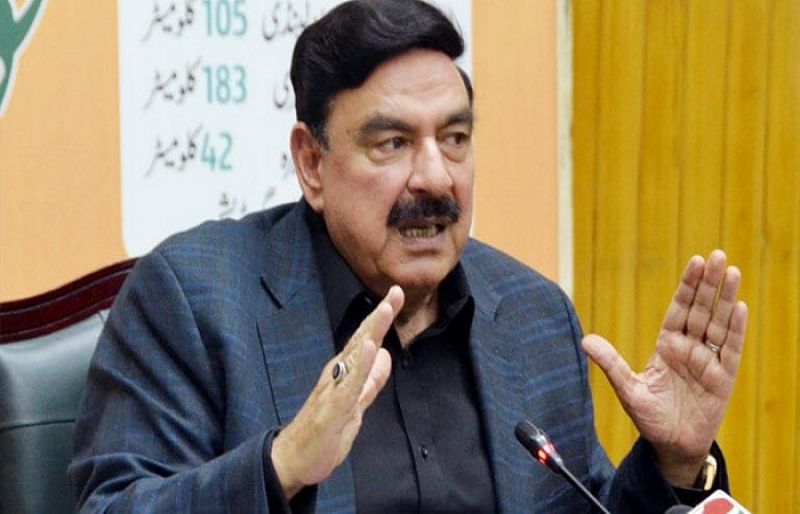 Chaman border could be closed for some time over security threats: Sheikh Rashid 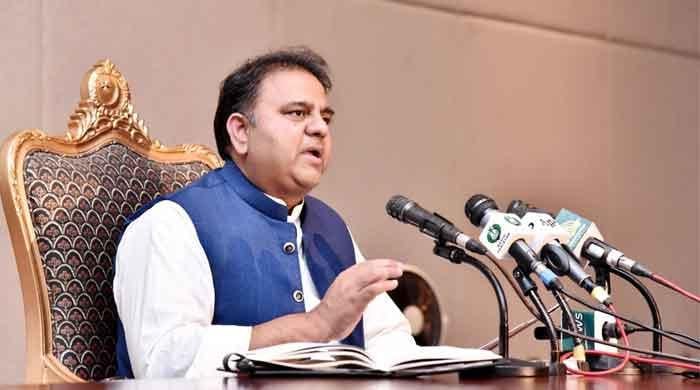 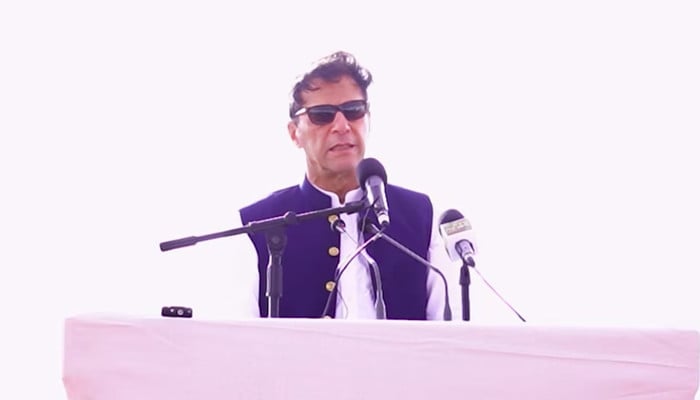 Due to Islamophobia, Pakistan can attract tourists from Muslim countries: PM Imran Khan

“Ready to fill the prison”, traders open their stores until 8 o’clock this evening