U.S. Secretary of State Antony Blinken said on Tuesday he will address in the coming weeks a long-awaited national security strategy to deal with the emergence of China as a great power.

"I will have an opportunity I think, very soon in the coming weeks to speak publicly and in some detail about the strategy," Blinken said at a Senate Foreign Relations Committee hearing.

After more than a year in office, the Biden administration has faced criticism from Republicans and others for lacking a formal strategy for dealing with China, the world's second- largest economy and Washington's main strategic competitor.

The administration announced a strategy for the Indo-Pacific in February in which it vowed to commit more diplomatic and security resources to the region to counter what it sees as China's bid to create a regional sphere of influence.

It has said it is working on a separate strategy for China, but has faced significant distractions due to Russia's invasion of Ukraine.

A source familiar with plans for the China strategy said the contentscovered publicly by Blinken were not expected to be very detailed.

"All they are going to do in this speech is sort of collect up all the things that have been said about China to date and put that out there," the source said.

"The way you frame the China challenge is going to be more important than what you do, because everybody knows there are limits to policy prescription in a speech like this. You are not going to make new policy on the fly."

Bonnie Glaser, an Asia expert at the German Marshall Fund of the United States, said the speech was likely to be the only public articulation of the China strategy, unlike the Indo-Pacific strategy, which was released as a 12-page document. read more

"I doubt it will contain anything we haven't already seen or heard in the first 15 months of the administration," she said.

In the hearing, Republican Senator Mitt Romney noted the latest defense authorization act requires the president to develop a comprehensive strategy to address the threat China poses to the global order and asked Blinken about the military agreement recently signed by the Solomon Islands and China.

"That is alarming," Romney said.

Blinken said the State Department sent a high-level delegation to the Solomon Islands, where it plans to open an embassy to have a day in, day out presence there.

"We share the concern about this agreement," Blinken said. The U.S. delegation met with the islands' prime minister, who vowed there would be no Chinese military base on the island, he said.

"We will be watching that very, very closely in the weeks and months ahead," Blinken said.

U.S. President Joe Biden will host leaders of the 10-nation Association of Southeast Asian Nations (ASEAN) at a summit in Washington on May 12 and May 13 and he is expected to visit Asia, including South Korea and Japan, later in the month. 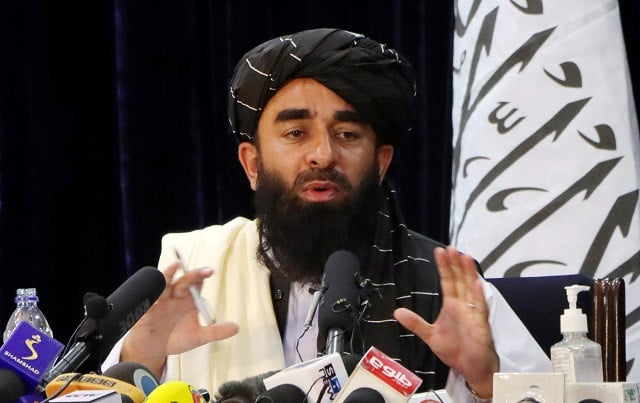 Photos: Taliban men visit prison they were jailed in for years